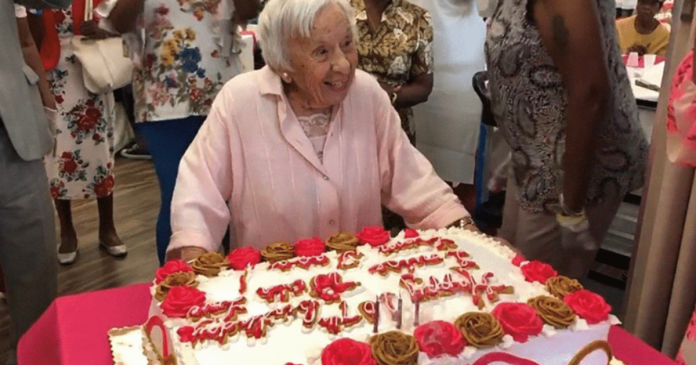 Some people who have celebrated their 100th birthday attributed their longevity to healthy diet and beloved family members but for Louise Signore who just turned 107 last August, she attributed her long life to a secret that no one expected.

Signore who lives in Bronx, New York revealed to CBS about her secret to her longevity is that she never got married

Born in Harlem in 1912, Signore also revealed that some of her tips for longevity include dancing, playing bingo, and eating Italian food

According to Signore, a healthy diet does help when it comes to living a long life as she said that she stays away from soda and junk food.

“Italian food is very good for you. I was brought up with very good food. No soda, no cake,” she explained to CBS.

Nevertheless, Signore may also have her family genes to thank for her longevity as it appears to run in her family as well

Her younger sister is 102 years old while her mother lived to 97.

According to the U.S. National Library of Medicine, the duration of human life can be influenced by the environment, lifestyle and also by genetics.

It is estimated about 25 percent of human longevity is determined by genetics. However, lifestyle also plays a major role as many of those who are in their 90s and 100s are non-smokers, have a healthy weight and cope well with stress.

Thanks to their healthy lifestyle and habits, they get to enjoy a long life and be less likely to develop chronic diseases like diabetes, high blood pressure, heart disease, and cancer like their peers.

Currently, the world record for the oldest living person is held by 116-year-old Kane Tanaka from Japan, as reported by Guinness World Record.