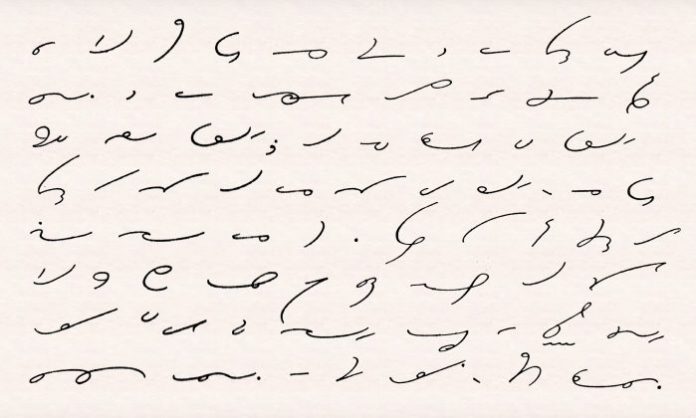 At first glance, this may look like unintelligible scribbles to many people but believe it or not, this is actually a real writing system. Each curved line, dot, and dash in what looks like meaningless scribbles is actual words that we use every day!

It may be a real writing system but you may be wondering by now that why would someone write in this way.

It was first introduced many centuries ago when recording and transcribing machines were not invented yet.

Back in the day when journalists, police, and secretaries had to rely on taking notes manually, the shorthand system came in handy and was useful for taking notes or statements

Much like cursive handwriting, the Gregg Shorthand uses hooks and circles to represent vowels while the Pitman Shorthand leans towards using long and short strokes to simplify words.

While using a shorthand system may be unnecessary nowadays with the presence of a variety of recording machines to transcribe spoken words, journalists in certain parts of the world like the United Kingdom and New Zealand including several higher institutions in Nigeria still require their students to learn the shorthand systems.

Or just in case you do not want others to pry on your secrets, you may use one of these shorthand systems to write in your diary next time!