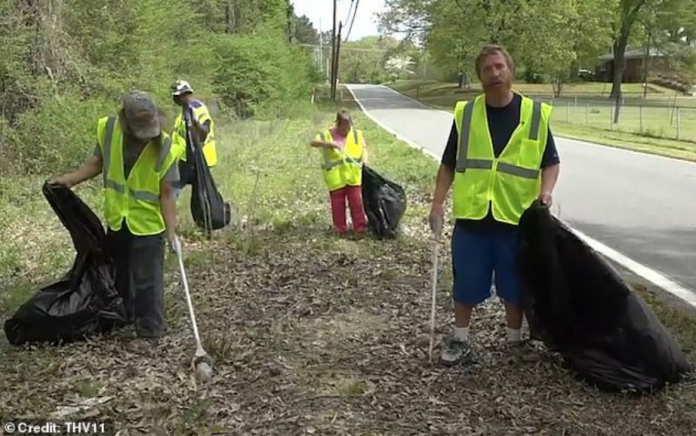 Homeless people and trash problem are two of the major issues that a city often encounter but for Arkansas’ Little Rock City, they know just a perfect solution to tackle both homelessness and litter problems.

Called “Bridge To Work”, Little Rock City is currently running a program which employs homeless people to pick up trash on the streets.

The program pays its homeless people US$9.25 an hour to pick up litter on the streets in the city, resolving two of their major problems at the same time

Talking about killing two birds with one stone!

The program has 150 homeless participants who work four hours a day and three days a week to pick up litter along Little Rock Roads, KATV reported.

Apart from the pay offered to homeless people which is US$ 2 higher than the minimum wage in the United States, the homeless individuals who are employed under the program also get to earn benefits like mental and physical health services, addiction services, career coaching, and temporary housing

The program started earlier this year in April and was supposed to run for just six months. However, as the program has proven successful and effective to reduce litter on the city’s streets along with helping homeless people to get back on their feet, Mayor Frank Scott Jr. has extended the program to run until September 2020.

According to the 2018 Homeless Assessment Report, every nine out of 10,000 people in Arkansas were homeless, a jump of 9 percent from 2017’s statistics.

Arkansas is also one of the 10 states in the United States where its homeless people have to live unsheltered.

Coupled with the city’s concern over its litter problem, the “Bridge To Work” program proves to be the best solution the city has so far

Since the program started, over 2,000 bags of litter have been collected and it seems like Little Rock City’s mission to have a cleaner city might be achieved sooner than they expected!

Find out more about this amazing program here