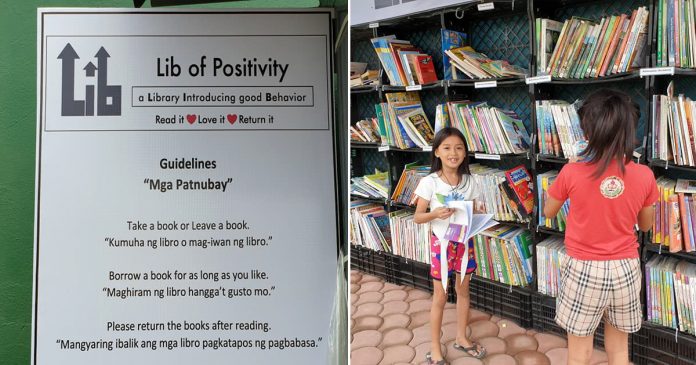 Playing outdoors may be fun but to this 15-year-old from Davao City, Philippines, he also thinks that reading is equally entertaining. That is why he built a street library where everyone is welcomed to read the books.

Lorenzo “Enzo” Puentespina recently went viral for his amazing effort to build a street library in his neighborhood.

He first intended for the library which he called Lib of Positivity to be a place to help his peers to learn but he never expected when the place quickly became a favorite among those who enjoyed reading.

Unlike other libraries, the street library only used discarded trays as its shelves with a simple roof over it. 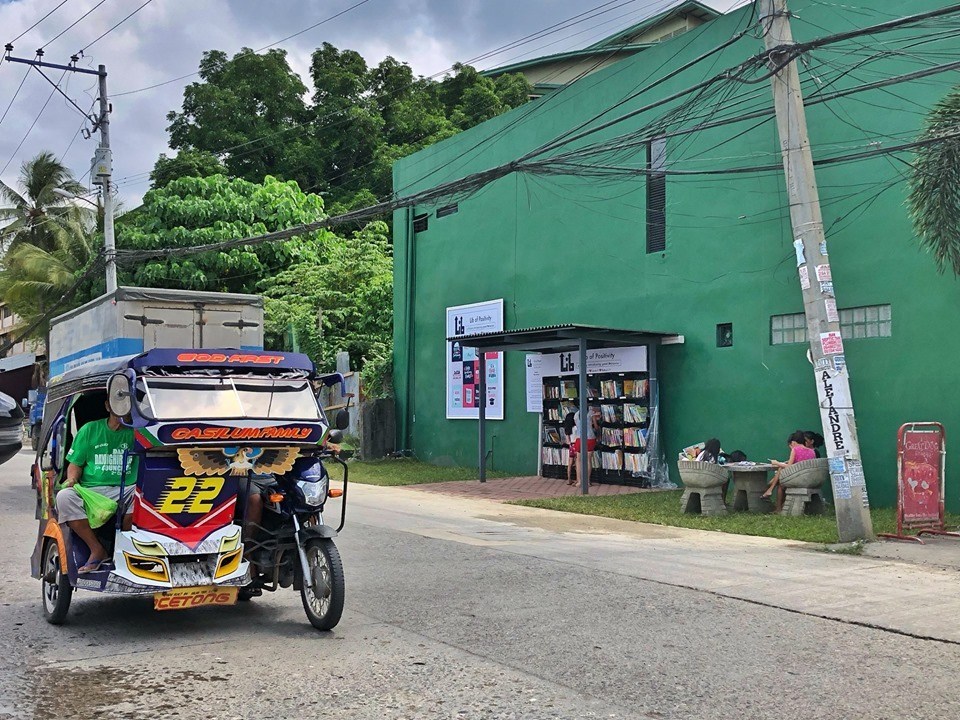 Nevertheless, there were plenty of books available for the children to read from Christian living, Math, Science, English, to Physical education, Science, and Literature. The books are all available to anyone, 24/7.

There were also chairs and a table next to the street library for those who preferred to read the books at the ‘library’.

When the street library went viral not only among the kids in the neighborhood but also on the internet, Lorenzo was rather surprised but he was pleased to know that others were happy with the establishment.

“I’m really happy of waking up, going outside, and seeing all these kids reading my books. I see the smile on their faces (and) it really makes my day,” Lorenzo said.

Seeing that the street library was a big hit in the neighborhood, Lorenzo said that it could be an inspiration for others to start their own mini library as well.

“It would be amazing if you could start your own little libraries in your area. Why not spread the joy of reading there too?” he wrote.

Even if you did not feel like opening a street library just like Lorenzo did, you are always welcomed to donate books to Lorenzo’s Lib of Positivity.

Donations can be dropped off at Bolcan St. Agdao, Davao City or shipped to Lorenzo Puentespina at the same address. You can also drop off or send books to Puentespina Orchids, Cedar Hills Garden Center, 57 Mother Ignacia St., Barangay Paligsahan, Quezon City.