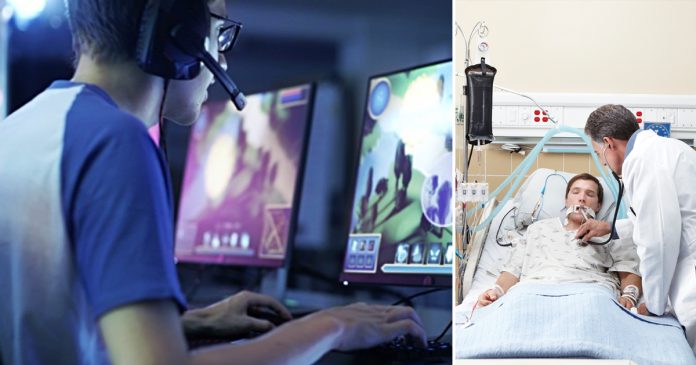 Technology has come a long way. We can do almost everything without leaving our room with the advanced technology that we have today—from paying bills, ordering our meals to grocery shopping, we don’t even have to move from our seats.

According to World of Buzz, the man was found unconscious in an internet cafe mid last year. Discovered by the people there, the man was seen slumped over his chair and they couldn’t wake him up.

He was quickly sent to the hospital after that for treatment and some check-ups.

After the health examination, the doctor found out that there was an obstruction in his left brain hemisphere—causing him to suffer from a stroke. This stroke resulted in the paralysis of his right limbs and he was also having trouble with his speech.

As the doctor found out that he was slightly overweight and not in a good physical condition after the checkup even though he has no chronic medical history, it was possible that his unhealthy habit of staying inactive caused him to suffer the stroke.

Even worse, he didn’t even eat or drink any water during all the long hours he spent at the internet cafe. It was said that he didn’t even get up from his chair either.

The man had to undergo treatment and rehabilitation for half a year before he could progress from the wheelchair to walking on his own and the doctor mentioned that it would be difficult for him to fully regain his speech abilities.

As the age of patients suffering from a stroke is getting younger, be sure to stay active and practice a healthy lifestyle!