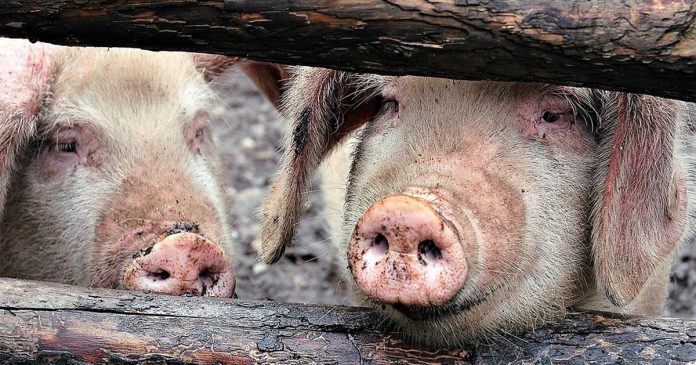 African swine fever is a resilient virus transmitted through direct contact. While it is not known to harm human, but this virus is fatal to pigs.

Recently, Caixin Global reported disturbing news on how the pigs infected with African swine fever are still being served on dinner tables across China. According to Mothership, as currently there’s no cure or vaccine for the disease, it is severe that these infected pigs still end up being eaten by humans.

Since the disease was first reported in China on August 2018, China’s vice agriculture minister Yu Kangzhen mentioned that 143 separate outbreaks have been recorded throughout the country—with 1.16 million pigs being culled following that.

This year, the number of fresh outbreaks has stopped so the pig production gradually resuming.

However, Caixin Global reveals that it has frightfully become commonplace to cover up swine fever outbreaks at the local level in China. The local government allegedly ignored reports of suspected cases of outbreaks by big breeders to avoid paying the required compensation—most probably because they could not afford to pay the subsidies.

Knowing that their reports would most likely fall on deaf ears, breeders rushed to sell their pigs at drastically low prices quickly before they’re displaying symptoms of the disease—and that’s how they end up on dinner tables.

Sometimes breeders even try to get rid of the infected pigs by merely disposing them on roadsides.

A research director at the Harbin Veterinary Research Institute, Qiu Huaji stated that it took a decade for swine fever to spread through Russia but it only took six months for the disease to spread to the north and south of the Yangtze River.

Citing a Spanish expert on African swine fever, Qiu indicates this massive reach within a short span of time as ‘a matter of money’—the local government needs to fork out millions of yuan as compensation to pig breeders to officially acknowledge every case of swine. But developed cities such as Guangzhou might not even be able to afford the exorbitant amount, let alone more rural areas.

Inadequate measures to quarantine the pigs and insufficient slaughterhouse are also among problems in tackling the disease.

We hope this problem will be solved very soon to avoid more unwanted incidents.