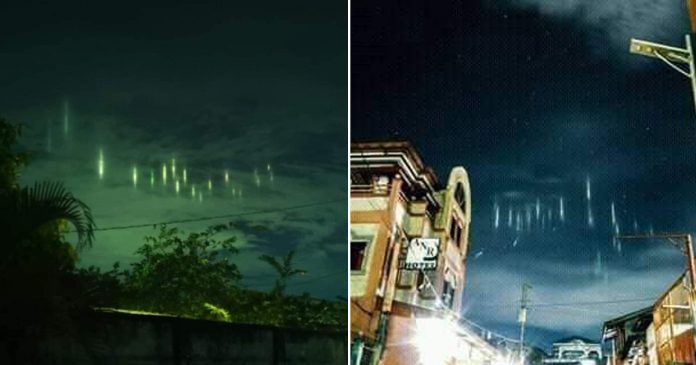 Spectacular beams of “Pillars of light” recently made an enthralling surprise to the locals in Sulu after it appeared in the sky of the Sulu Archipelago in the southwestern Philippines.

Photos of the amusing natural phenomenon have been making multiple rounds on the internet after a Facebook user, Amarkhan Jidara, captured pictures of the aurora and posted them online.

According to Jidara who captured the photos of the breathtaking dance of lights, it was the first time the lights appeared in the night sky of Sulu in 2019.

The user took the photos of the lights when it appeared on Sunday, June 30 at 7 pm.

He added that the heavenly natural phenomenon lasted for 20 to 30 minutes in the night sky which surprised the local residents.

Even though it managed to bring surprise to some locals, the lights, however, were not rare as the people of the Sulu Archipelago are used to seeing the natural phenomenon at least once or twice a year.

According to the local Tausūgs, the natural phenomenon is called Lansuk-lansuk which means candles.

However, the locals are divided between two beliefs when it comes to the lights. Some locals believe that it brings good luck while some believe that it is a sign of an imminent tragedy or an ill omen.