Born albino, Levan Wee never saw himself being inferior or undeserving of a successful life just like everyone else and he should not be. Unfortunately, someone who he used to look up to did not think the same.

The man from Singapore recently shared his unforgettable moment when he was still a secondary school student on a now viral Facebook post.

It has been 21 years but Wee could still recall the devastating moment when his teacher gave him a snide remark about how he would be lucky to even achieve half of what his peers would achieve.

All because he was born albino.

In his Facebook post, Wee shared several screenshots of a letter he wrote to the teacher who discriminated him because of his congenital disorder back at secondary school.

A letter I sent to my old teacher who looked down on me, from 21 years ago.YOU define yourself. Don't let others….

“A letter I sent to my old teacher who looked down on me, from 21 years ago. YOU define yourself. Don’t let others. P.S. Usually I don’t like to haolian / ‘show off’ until like this. But with THIS particular guy, I couldn’t resist – sorry. I’ve been wanting to write this letter for literally decades,” Wee wrote in his post.

He then continued to share what his teacher told him 21 years ago.

He started off the letter by revealing that the teacher was one of his favorites but for the wrong reason.

Wee continued the letter by recalling what the teacher told him in front of his classmates.

The snide remark and condescending smirk were what Wee has always remembered until today.

It broke his heart but Wee then added that it was the unfortunate incident that has motivated him to become who he is today.

“I want to thank you personally for being the best ‘teacher’ I ever had. You see, if not for your remark, I might not have had the determination to go far and beyond what “people like you” expected me to achieve,” Wee wrote.

He also shared some of his notable life achievements which surely the teacher would never expect him to achieve.

Levan Wee may be an albino but it never stopped him from living his life to the fullest. On top of being a successful musician and leading two Singaporean rock bands, Wee is also a ‘Dr’ as he has a doctorate in Philosophy.

Now, he works as a Social Media Strategist and helps other artists to achieve a thriving career.

Wee certainly did not spare any details about his life achievements and to top it off, he signed off his letter with “The Albino Imbecile, Dr. Levan Wee.”

The teacher may have forgotten what he had done to Wee but as a student, Wee never forgot how he was discriminated by the teacher for looking different than his classmates.

Thankfully, he bounced back stronger and better than what his teacher had initially predicted, proving that no one could stop him once he sets his mind to do something.

Toddler grabs and eats chocolate instead of unlocking the door for...

Daughter of pedicab driver credits her father for helping her to... 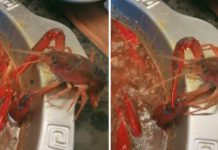 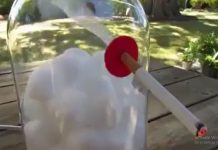 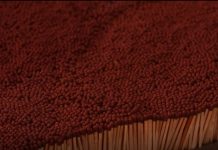 Watching this chain reaction of 100,000 matches burning is oddly satisfying 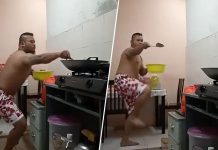