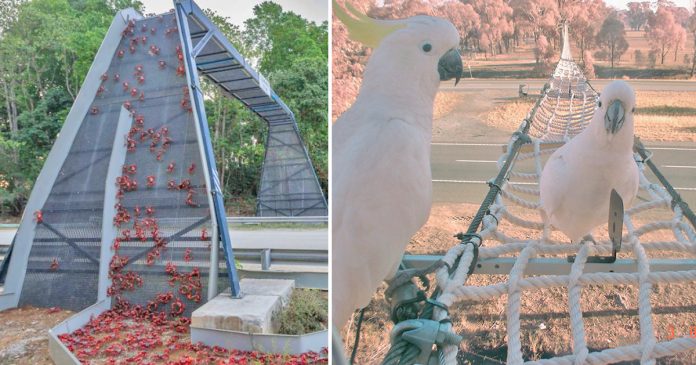 As the world evolves, nature and everything that comes with it were often destroyed—many animals were killed by vehicles while roaming on the road as they lost their habitat.

Looking at this issue, human has started to realize that it’s good to develop the place but it’s better to do that while keeping the nature and ensure the safety of the wildlife by help providing them with some facilities.

Here are 10 amazing animal crossings and bridges that save more than thousands of animals every year around the world:

It’s amazing to see how these crabs know how this was built exactly for them.

This animal bridge took about halfway between Zandvoort and Haarlem.

These animals didn’t hesitate on using the bridge—they looked completely comfortable using it too!

This crossing was built as a bridge for monkeys and other animals to cross over to the other side without getting hit by vehicles.

These cows don’t want to miss out—they have their crossing too!

The squirrels might be good at jumping and getting around the trees, but sometimes they wished to take the less hard way and use the bridge instead.

It’s always a good thing when you have a shortcut to somewhere.

In Japan, turtles even have their own tunnel. This way, they will be safe from the danger of moving along the rail.

This animal crossing in the Netherlands looks like it was untouched by human hands and any animal wouldn’t think twice to cross over it.

10. A Rope Bridge Over The Hume Freeway In Victoria

These parrots prefer to walk on the crossing rather than flying to get across the road.

It’s an amazing sight to see how these animals are using all the crossings and bridges created for them! Hopefully, more animal crossings will be built in the future for the safety of more animals across the world.