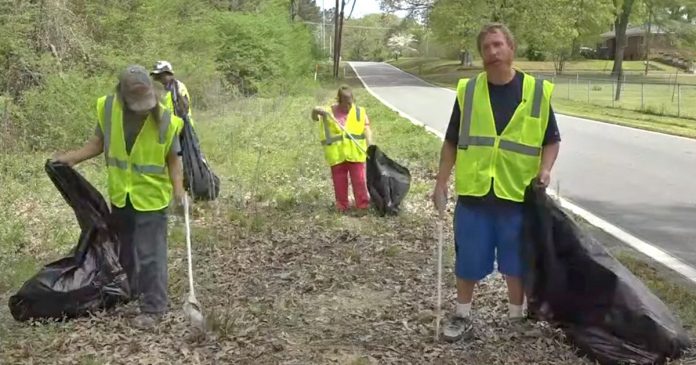 Homeless people are always left to rebuild their lives on their own but it can be hard for them when no one offers to help. Hence, that is why Arkansas city has a new program to help them get their lives in order.

Homeless people in Little Rock, Arkansas can now participate in the city’s pilot program called “Bridge to Work Program” where eight homeless people, per day, will get paid for picking up trash and clearing weeds.

The eight homeless people who have been chosen for the day will also have other cleanup roles.

At the end of the day, they can expect a payment of US$9.25 an hour, which is the minimum wage to pick up rubbish in Arkansas, according to WIFR.

All of the wages which are paid to the homeless participants in the pilot program come from the US$80,000 funding provided by the City of Little Rock’s Public Works Department.

Little Rock, Arkansas pays eight homeless residents per day to pick up trash, clear weeds and take on other cleanup roles. They are paid $9.25 per hour in cash and receive a meal.

The six-month pilot program has kicked off earlier this year on April 1 and will end on September 27. It is run by Canvas Community Church.

Alexander Williams who is one of the eight homeless people who is participating in the program said that he was feeling hopeful that the program would help him land a job with the city council.

Williams, like other participants, hopes to gain full-time employment after the pilot program ends.

“Hopefully you know by doing this job right here, maybe I could get hired on fully by the city or something,” Williams said to 11 Alive.

“I’m basically trying to change my life,” he added.

Another participant, Harond Goodlow Jr., was also feeling hopeful about the program. “It’s positive. I’m giving back and making money, setting an example for my son.”

According to Canvas Community Church, they hope for the initiative to become bigger and lead to better things.

Posted by canvascommunity on Monday, January 8, 2018

“The goal is to give them a day’s work and a day’s pay, but also the opportunity to connect to services that can help them to get full employment, or whatever the next step is,” said Associate Pastor Paul Atkins with Canvas Community Church.

Atkins was really thankful that the program has received a warm welcome from everyone including the city. “Everybody’s been really great and supportive and cooperative,” he said.

There is a possibility that the program will be continued by the city if it proves to be successful, thus, giving hope to many other homeless people in the future.