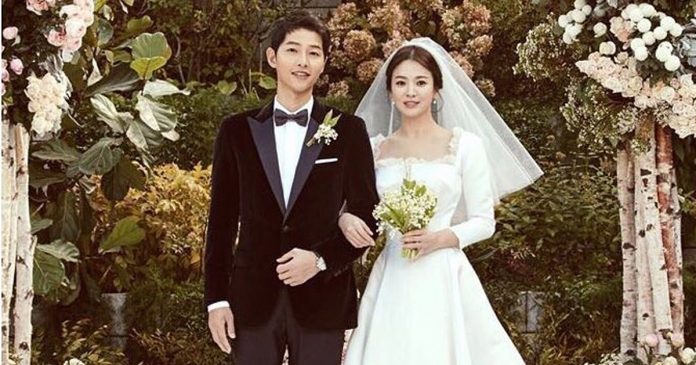 South Korean superstar actors Song Joong Ki and Song Hye Kyo have stunned millions of their fans around the world following an unexpected announcement of their divorce.

The actor apologised to his fans for the announcement and hoped for an amicable divorce.

His full statement is as follows:

“Hello. This is Song Joong Ki. First, I’d like to apologize for delivering this unfortunate news to the many fans who love and care for me.

“I have begun the process of filing for divorce from Song Hye Kyo. Rather than denouncing one another and arguing over who is to blame, I hope that the divorce process can be wrapped up amicably.

“I ask for your understanding in regards to the fact that it is difficult to discuss the details of my personal life, and I will recover from my current wounds and do my utmost as an actor to repay you through great productions in the future. Thank you.”

“We find it unfortunate that we are greeting you with unhappy news. After careful consideration, actress Song Hye Kyo and her husband are taking the first steps toward divorce.

“The reason [for the divorce] is differences in personality and because the two were unable to overcome their differences, they were forced to come to this decision.

“We respectfully ask for your understanding in regards to the fact that we cannot confirm any further details out of respect for the two actors’ personal lives. Additionally, we urge you to refrain from making scandalous posts and speculative comments.”

The couple met while playing leads in the hit drama “Descendant of The Sun”  in 2016.

They tied the knot in a high-profile wedding on October 31, 2017 in Seoul after previously denying rumors that they were in a relationship in real life.

많은 이해와 관심과 사랑으로 축복해주셔서 , 진심으로 감사드립니다? Thank you so much for your sincere understanding and interest and also for blessing us with loving hearts

This dad snaps a picture of his daughter with Matthew Broderick....