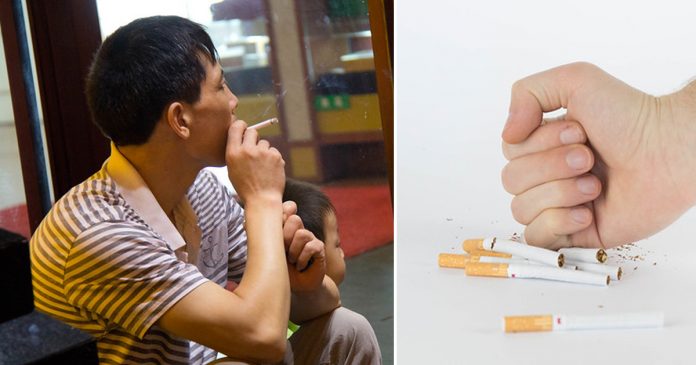 Smoking at home is now considered a form of domestic violence and will be punishable in Thailand, according to the country’s Ministry of Social Development and Human Security.

The new legislation was recently announced in the Government Gazette on May 22, as reported by Post Today.

The new law is applicable to all citizens of Thailand who currently reside in a family home with the elderly, children or patients.

According to China Press, Lertpanya Buranabandit, a Director-General from the ministry, recently announced that the new law has been added to the Promotion and Protection of Family Institutions Act.

He emphasized that smoking at home can be considered a form of domestic violence as it is a hazard to the health of the family members.

According to Thai PBS, domestic violence is defined as “any act a person in the family commits onto another for the purpose that may cause harm to life, body, mind, health, freedom, or reputation of the person”, under Thailand’s Promotion and Protection of Family Institutions Act.

Smoking at home may also lead to “physical and emotional violence” in situations where the smoker becomes aggressive due to lack of smoking, Post Today reported. In a situation when this happens, it could ruin relationships between family members who smoke and who do not.

The new law will come into effect starting August 20 and those who are affected by domestic smoking can file a report to the officials concerned.

Inspectors will then be sent to investigate the report and offenders of the crime may be required to appear in two courts, the Criminal Court and the Central Juvenile and Family Court.

If found guilty, the offenders will have to undergo treatment and be ordered to quit smoking in order to protect their family’s health.

The new law was passed after the center for research and knowledge management for tobacco control at Mahidol University in Thailand found approximately 10.3 million people have become passive smokers as at least one of their family members smoke at home.

The research center estimated around 4.9 million households in Thailand where one or more family members are smokers.