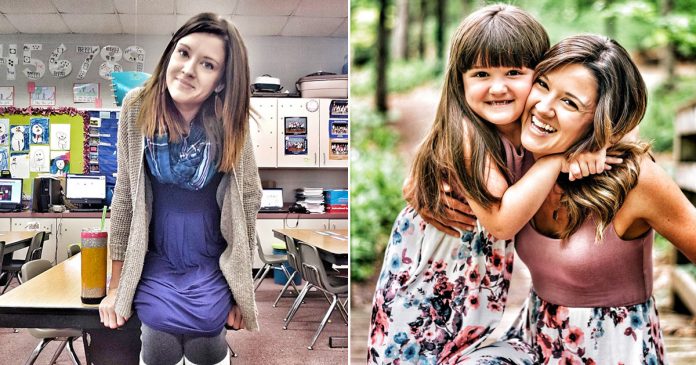 Being a teacher is not an easy thing to do. Some might think that a lot of passionate teachers left teaching because of the lousy pay. But that’s not all to it.

In her Facebook post, this former teacher Jessica Gentry opens up on why she quits teaching and why teachers are leaving the occupation like their hair is on fire. Gentry starts by telling that people keep on saying that the kids have changed, but according to her, they really aren’t.

“Parents are working crazy hours, consumed by their devices, leaving kids in unstable parenting or co-parenting situations, terrible media influences. And we are going to give the excuse that the KIDS have changed? What did we expect them to do?”

“I was cussed out by parents who wanted to attend field trips but missed the THREE notes that went home—and when they did attend a trip, sat on their phone the entire time.”

The filter comes off now..I think it's easier for people to believe that I left teaching because of the lousy pay. …

To this, Gentry has some theories.

“Kids behave in undesirable ways in the environment they feel safest. They test the water in the environment that they know their mistakes and behaviors will be treated with kindness and compassion. For those “well behaved” kids—they’re throwing normal kid tantrums at home because it’s safe. The kids flipping tables at school? They don’t have a safe place at home. Our classrooms are the first place they’ve ever heard ‘no’, been given boundaries, shown love through respect.”

Despite the genuine passion for teaching, Gentry even had parents tell her that she’s not allowed to tell their child the word ‘no’.

How can a teacher teach without saying ‘Yes’ and ‘No’ to students? This world does not work that way.

Friends, Fellow Control-Freaks, Perfectionists, LEND ME YOUR EARS. ??‍♀️??‍♀️.I was talking to a friend last night…

“My mental and physical health was in jeopardy every single day. Knowing that your kids need and deserve more than they’re getting. Sitting in one meeting after another, begging for more support, only to be told ‘don’t lose sleep over them’ when you LOVE your kids and are PASSIONATE about your mission. These messages tear you apart. Watching them come in dirty clothes, chaos at home, and knowing they need more than you can give them in a classroom of 21, with less and less support, multiple languages spoken, several different disabilities—it breaks you. We become emotional eaters. We become so short fused that our families suffer.”

“So that’s why I finally realized you can’t save them all. You can’t even help 21 if you aren’t healthy yourself. If your mental and physical health isn’t a focus, you aren’t even good for the 21.”

Gentry left her teaching career, her retirement fund, and her paid sick leave—she just walked away like that.

“I decided to start with my one at home and work to help other mothers be able to show up for their ones at home.”

I did it. I had THE meeting and sent THE email..My final day as a teacher will be June 7th… then I will officially…

Gentry assures that she might have left the classroom, but she is still advocating the children—just in a different way.