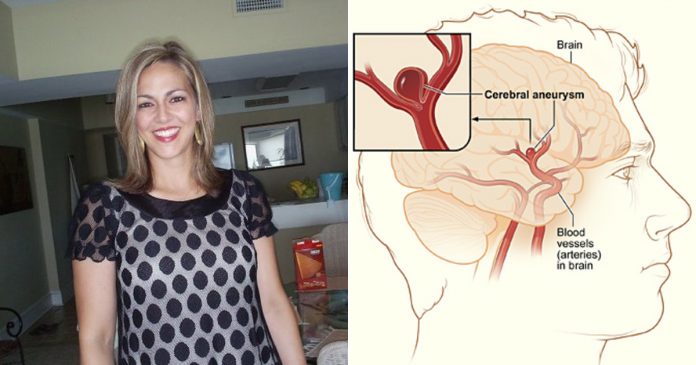 Mother of four, Lee Broadway from North Carolina, USA had always suffered from series of migraine but she never knew that it was a sign of a fatal illness.

She had suffered from migraines for so long that when she had a pounding headache on April 1, 2017, she thought that it was just another episode of her migraine.

However, when her migraine did not go away, Eric then brought Lee to the hospital. Little did they knew that Lee’s condition was life-threatening.

“Lee suffered from migraines,” Eric told WCNC. “So a headache wasn’t really something I was concerned about.”

At the hospital, Lee was diagnosed with a brain aneurysm, a critical condition when a blood vessel becomes swollen in the brain.

A brain aneurysm could lead to the weakening of the blood vessel and accumulate small bubbles which would lead to high pressure inside the brain.

Unfortunately, Lee passed away from complications in surgery, just a few days before her 42nd birthday.

“We never once thought we never see her again you know,” Eric said.

“She was just so nice and kind to people and giving,” Lee’s 10-year-old son, Alex said. “She was just an amazing person.”

Brain aneurysm does give early signs that you can check before it is too late.

If you suddenly experience a headache that feels worse than all of the headaches that you have felt before, it is better to check it out with the doctor.

Other than that, here are some of the symptoms of brain aneurysm:

These are some of the common symptoms that you can check in case of a ruptured aneurysm. If you experience any of the symptoms above, it is advised to seek immediate medical advice.

Grow these plants to naturally repel mosquitoes once and for all...