If you have been making a habit to walk in the park or just spend some time outside for a few times a week, this is good news for you.

A new study which involves a U.K. government survey reveals that people who spend at least two hours outside a week are more significantly happier and healthier than those who do not.

The study which involves data from almost 20,000 people in the U.K. shows those who spent time in nature for at least two hours, whether it happened in one trip or several visits to the park reported better health and well-being.

The benefits reached their peak when individuals spent 200-300 minutes more outside.

“So what we’re trying to do here is give doctors and patients the kind of evidence base that they can say, ‘Why don’t you try two hours a week?'” Mathew White, an environmental psychologist and senior lecturer at the University of Exeter Medical School and lead author of the study said.

White also said that it does not matter how many trips does one person should make to the park as long as they all add up to more than two hours a week.

“A half hour here, half an hour there, and before you know it, you know, you’ve achieved two hours,” he added.

He also explained that spending time outside did not necessarily mean walking in the park.

The study also considered “open spaces in and around towns and cities, including parks, canals, and nature areas; the coast and beaches; and the countryside including farmland, woodland, hills and rivers.”

White continued that the benefits were separate from any exercises that the participants did.  “The exercise is good in and of itself,” he said.

“This is the benefit on top. And one way we know that is because a big proportion of our sample are not exercising—let alone in a park—and they’re still showing benefits to the health and well-being from sitting down and having picnics and that kind of stuff.” 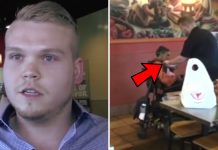 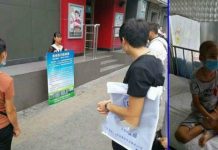 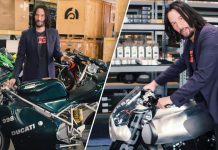 22-yo man suffered from stroke after spending 24 hours in front...