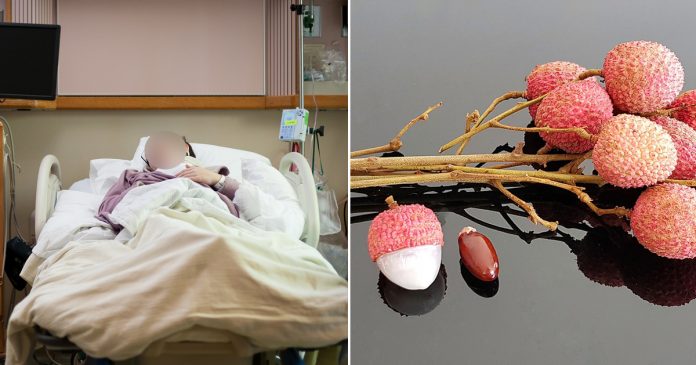 It is hard to think that it could be dangerous to eat lychees but that is has been happening since the past 10 days when at least 31 children in India died from a brain disease believed to be linked to eating the fruit.

Health officials in India’s Bihar state claim that the death of the children are linked to a toxin substance found in lychee fruit.

The deaths were reported by two hospitals in Muzaffarpur in the state.

All of the children showed symptoms of acute encephalitis syndrome (AES) and some of them had suffered a sudden drop in their blood glucose.

Meanwhile, at least 40 other children who also displayed similar symptom were treated at intensive care units.

Individuals who are affected by acute encephalitis syndrome (AES), a deadly viral infection carried by mosquitoes often display symptoms such as high fever and inflammation of the brain.

“The health department has already issued an advisory for people to take care of their children during the hot summer when day temperature is above 40 degrees,” said senior health official Ashok Kumar Singh.

The outbreaks of the disease have apparently occurred every year, especially during summer in Muzaffarpur and nearby districts since 1995 with the biggest outbreak occurred in 2014 where 150 deaths were recorded.

Lychees are believed to be able to induce a fatal metabolic disease called hypoglycemic encephalopathy in children especially young children and those who consume a poor diet.

A chemical found in lychees called Methylene cyclopropyl-glycine (MCPG) can affect brain functioning when body sugar levels are low because of fasting or undernourishment.

Similar outbreaks of the disease have also been reported in areas where lychees are extensively grown like Bangladesh and Vietnam.