On June 9, more than one million people marched through the city streets in Hong Kong to show their protest to a pro-Beijing bill which will allow China to extradite suspects wanted by the Chinese regime.

The protest then continued for another few days where civil rights activists and local students vowed to keep protesting until the government amends the contentious bill.

So far, the protests have drawn a massive turnout as people from all walks of life came together to press the Hong Kong government to scrap the proposed bill from taking place including this local woman who made headlines on the June 12 protest.

The middle-aged woman who was captured wearing a yellow towel and a black backpack tried to knock some sense into the police.

Unfortunately, the woman’s plea did not end well as she had hoped.

It began when the woman who probably had enough of the tear-gas and clashes with the police approached the armed officers and shouted, “I am also a mother. You have kids as well. Why did you attack those kids like this? It’s enough for today. Just leave.”

“I was smoke bombed by your tear gas. I was bombed so many times. I paid for my price already. Can we meet each other halfway?” she continued as the police and other protestors looked on.

“I’m not here to attack you. I don’t have any weapon,” she further said. “You are bullying a woman like me. Can you sleep at night?”

Just a few minutes later, one of the police decided to fire tear gas towards the brave woman. Fortunately, she was quickly taken to safety by other protestors.

When the footage of the woman made it online, a lot of people did not take it well as they were furious and brokenhearted with the violent treatment that the woman received from the police.

“These protests would be another massacre if there were no cameras to protect them,” one user commented. “I don’t know how those policemen can do that to their own people… EVERY HONG KONGER IS SAD ABOUT THIS EXTRADITION BILL,” another user wrote.

In 1997, Hong Kong was introduced to “one country, two systems” model proposed by Beijing after the city was handed over from the United Kingdom to China. At first, the system promised Hong Kong freedoms and autonomy for 50 years even if they are under China’s rules.

However, recent years have seen many changes in Hong Kong’s local politics, education and freedom of the press being made in favor of Beijing.

The recent amendments to the extradition laws have sparked anger among the Hong Kong population as they fear that China would take advantage of the legislation and extradite whoever is against the government.

Critics believe that the extradition legislation will put the Hong Kong residents under the risk of becoming trapped in China’s rules where freedom of expression is very limited.

Watch the footage of the woman during the protest on June 12 here.

Your choice of cupcake flavour will predict your love life and... 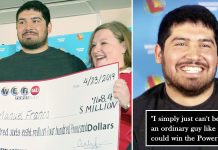 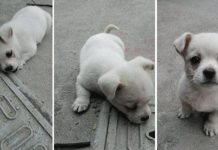 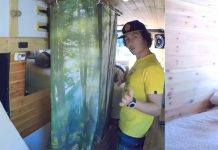 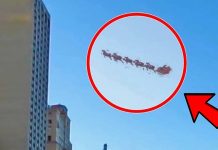