We always heard that successful people are different from us ordinary human. We definitely have the same 24 hours a day, but what makes them a millionaire? Did they ever make mistakes? Do they have regrets in life? There’s definitely a secret to everything and luckily this 61-year-old self-made millionaire is generous to share his.

Grant Cardone is a New York Times bestselling author, named number one sales trainer in the world, number one of the 25 Marketing Influencers to Watch in 2017 by Forbes, and an internationally renowned speaker on leadership, real estate investing, entrepreneurship, social media, and finance.

Cardone has worked with companies such as Google, Toyota, Ford and thousands more to grow sales.

Besides that, Cardone owns and operates four companies that do almost 100m in annual sales. With all these success stories, Cardone has his own regrets. More than 40 years after graduating high school, Cardone built a multimillion-dollar business and the CEO of seven privately held companies. Even at the age of 61, Cardone believes that there’s always room for improvement and admitted that there are so many things he didn’t know about money when looking back at his 20s.

“With what little I earned, I wasted on useless things that didn’t benefit me at all,” told Cardone.

In his article shared on CNBC, here are the top four things that Cardone regrets spending his time and money on:

Spending money on drugs and alcohol after graduating from high school, Cardone even developed an addiction problem. Thinking about it now, he said that it’s better for him to spend the money on things that would help him develop new skills, gain knowledge and make powerful connections.

As much as it is important, Cardone stated that a high school diploma and college degree won’t take us far if we don’t have the right skills to keep up with the marketplace.

Cardone mentioned that a lot of millennials today have the urge to travel but this urge emerged when you feel that you have no purpose at work and try to look for something that’s missing. However, that doesn’t mean that you can’t have any time off, but you need to work really hard before you’re able to do that.

Cardone emphasized that comfort is your real enemy and you will find out that travel can wait when you found your purpose.

Cardone mentioned that one of his biggest regrets was not taking advantage of all the hours he got in a day. He said that he allowed himself to feel content when he should actually be mapping out his goals and figuring how to achieve them. If he realized that in his 20s, he would’ve reached his first million sooner.

“Let everyone else in their 20s sleep like they’re rich. You should be up at the crack of dawn.”

4. Being too comfortable in his jobs

Cardone regretted on how he wasted half of his 20s working on low-paying jobs that didn’t challenge him to grow and develop valuable skills. He used to work at McDonald’s just to make money, but the guy next to him has a different purpose, that is to learn about the business and open 100 franchises in the future. Because he didn’t know what purpose he should be having, Cardone thinks he’s basically just wasting his time.

“You should constantly be asking yourself, how can I earn more money? It might mean asking for a raise, switching to a new job with a higher salary or taking on a side hustle. Be a money fanatic.”

Being too comfortable in your jobs is not necessarily a good thing.

Things he regretted might be the same thing that we might regret in life. So let’s all learn from his mistakes and improve ourselves to be better!

Why are our asphalt roads so different from Japan’s? Let us...

Everyday this stray dog goes to church to pray. Every churchgoer... 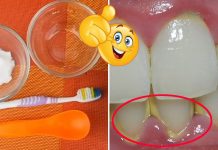 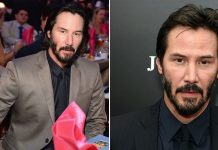 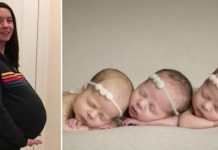 Mom of triplets became pregnant again—but when they see the ultrasound,... 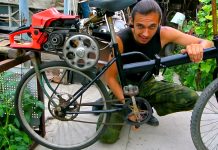