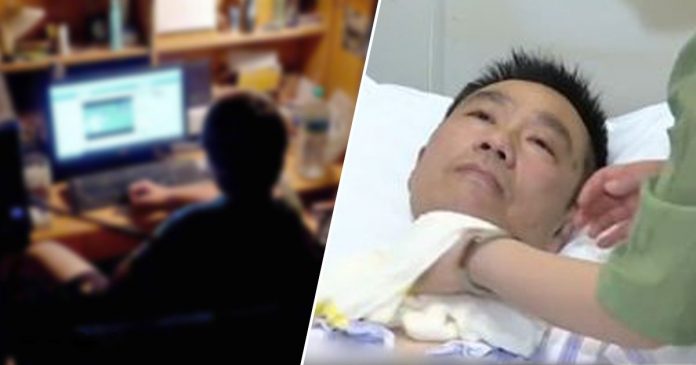 A 50-year-old man from Nanjing, China named who was identified by his surname Xu suffered from severe internal bleeding in his digestive tract after he slept late for consecutive nights.

Apparently, Xu had not been able to get enough sleep for 10 days due to his work commitment.

According to reports, Xu was a workaholic as he prioritized his work over everything else.

He often worked overtime as he felt responsible to finish up his work on time.

Unfortunately, after 10 days of not getting enough sleep and rest, Xu fell into a coma. When he was found, he was foaming at the mouth.

He was later revealed to have undergone a surgery on his intestines before. According to the doctors, the lack of sleep had caused injuries and loss of blood to his digestive tract which in turn had worsened his condition.

“There was not even a day where I got to sleep before 12 am and it happened continuously for 10 days straight. I then started to feel uncomfortable and sweaty,” Xu said.

Thankfully, Xu was quickly rushed to the hospital and underwent surgery just in time before his condition got even worse.

Recently, the World Health Organization has officially declared that burnout is a medical condition.

According to the International Classification of Diseases, otherwise known as the ICD-11, burnout results from “chronic workplace stress that has not been successfully managed” and has three key symptoms:

2. Increased mental distance from one’s job, or feelings of negativism or cynicism relate to one’s job.
3. Reduced professional efficacy.
According to the American Institute of Stress, millions of workers take leave from their work every day due to stress. Burnout has also been linked to various health conditions.
If you are experiencing burnout symptoms, it may be best to see for medical attention immediately.
Credit: Oriental Daily | Fox11