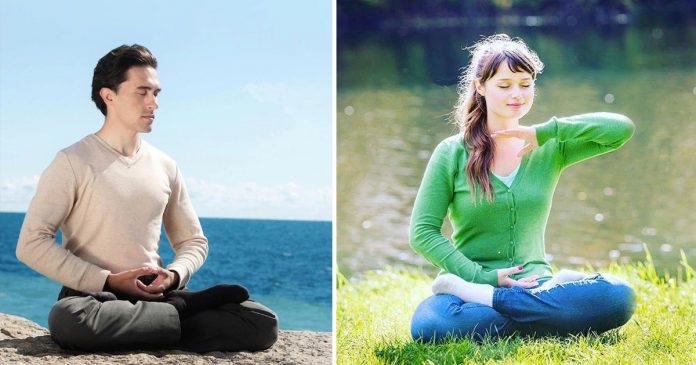 When Sara Lazar, a Harvard neuroscientist was told that she would benefit from meditating after having some running injuries, she could not be more skeptical.

However, after multiple rounds of meditation, Lazar was more than surprised; she found that meditating can literally change one’s brain and increase mindfulness.

It began after her physical therapist advised her to meditate after she had some running injuries while preparing for the Boston marathon.

“A friend and I were training for the Boston marathon. I had some running injuries, so I saw a physical therapist who told me to stop running and just stretch. So I started practicing yoga as a form of physical therapy,” she told The Washington Post.

Her yoga teacher told that the practice help to increase compassion and open one’s heart but Lazar could not care less.

To her, it was just a form of stretching but later, she realized what her yoga teacher said was true.

“But I started noticing that I was calmer. I was better able to handle more difficult situations. I was more compassionate and open-hearted, and able to see things from others’ points of view,” she said.

“I thought, maybe it was just the placebo response. But then I did a literature search of the science, and saw evidence that meditation had been associated with decreased stress, decreased depression, anxiety, pain and insomnia, and an increased quality of life.”

She later did research about meditating and she found that 50-year-old meditators have the same amount of gray matters in 25-year-olds.

Lazar then did second research to eliminate the fact that the meditators may have more gray matters to begin with before they started meditating. She later discovered that the participants who never had meditated before increased their brain volume after just eight weeks of meditating.

According to Lazar, as meditating is a mindfulness-based stress reduction program, it explains why.

“When you’re mindful, you’re paying attention to your breathing, to sounds, to the present moment experience, and shutting cognition down. It stands to reason your senses would be enhanced.”

Lazar added that the participants only meditated for 40 minutes or less. What is important to make sure that the meditation gives full benefit is for one to find a good teacher.

“The most important thing, if you’re going to try it, is to find a good teacher. Because it’s simple, but it’s also complex. You have to understand what’s going on in your mind. A good teacher is priceless,” she said.

As for Lazar, meditation does not just help her to stretch and exercise but it has become her way of life.

“I’ve been doing this for 20 years now, so it’s had a very profound influence on my life. It’s very grounding. It’s reduced stress. It helps me think more clearly. It’s great for interpersonal interactions. I have more empathy and compassion for people,” she said.

Doctors warn the public of the risk of Leptospira bacteria after...