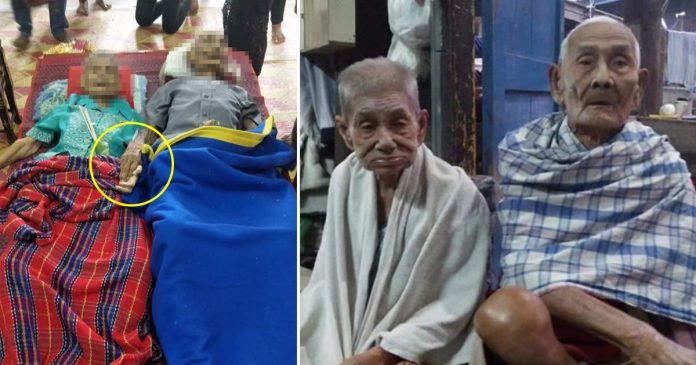 In the days of when promises turn to lies and relationships are short-lived, an old couple from Thailand shows what real love is.

According to The World Daily as reported by China Press, an old couple from Bangkok, Thailand had been holding their hands until the very last moment of their lives and passed away just two hours apart.

In a photo that has moved the hearts of many, the old couple can be seen lying next to each other as they hold their hands during the last hours of their lives.

Even when the two have passed away, their hands remained to hold each other’s hand tightly.

Photos of the old couple have now made rounds on social media as many people were deeply moved by their unwavering love towards each other.

Just before her husband passed away, the wife took his hand and held it tightly as he took his last breath.

A few hours later, it was her turn to leave the world and she died peacefully while still holding her husband’s cold hand.

It is definitely hard to find such a love story that will genuinely warm your heart like this old couple. In the age of flings and broken promises, this old couple reminds us that love is still alive when we hold to the true meaning of love.