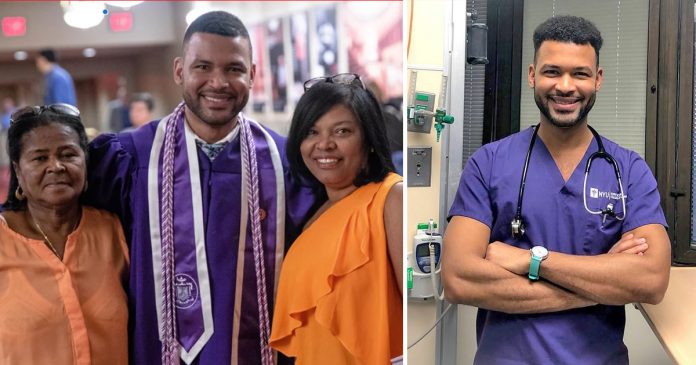 29-year-old Frank Baez first stepped into New York University as a janitor in 2009 but who knew that he would graduate from the same university 10 years later!

In the inspiring tale of success, Baez proves that nothing will stop him from achieving his dream even during the face of adversity.

He just received his degree in nursing from the NYU Rory Meyers College of Nursing last week after completing an accelerated 15-month program.

It was 10 years after he stepped into the university as a janitor. Back in 2009, Baez became a janitor in which cleaning the bathrooms and mopping the hallways NYU Lagone Tisch Hospital were part of his duties.

“While working with the nurses, I realized I wanted to be one of them,” he told ABC.

“I learned how much they advocate for their patients and the passion they have for their job.”

At the time, Baez who immigrated to the United States from the Dominican Republic when he was 15 years old could barely speak English.

“Now I reflect on it and I feel very proud of how much I accomplished,” Baez said.

After studying at Hunter College, Baez then continued his studies at NYU to do his nursing degree. “I just studied a lot and worked a lot,” he said.

Thanks to his hard work and determination, Baez is the first person in his family to graduate from college.

He now has plans to become an Intensive Care Unit nurse.

61-yo self-made millionaire shares 4 things he regrets wasting time and...