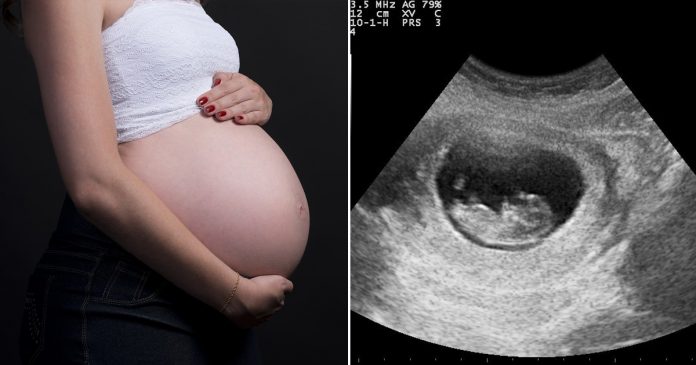 30-year-old Claudia Aparecida Lopes was supposed to be cradling her newborn baby after a C-section but she was told that her pregnancy had been imaginary when she woke up from surgery.

Claudia claimed that she attended all her prenatal appointments and even had two ultra-sound scans. The last scan she had before she went into labor showed that her baby was in a breech position.

However, when she woke up from a C-section at a hospital in Alto Paranaiba, southeast Brazil, Claudia was told that she was never pregnant and there had never been a baby in her womb.

Claudia’s husband, Alexandro Donizete Alves, then filed a police report against the doctor who performed the Caesarean on his wife of stealing their newborn baby.

“My wife did a pregnancy test at the chemist and it was positive. So we made a doctor’s appointment, and he confirmed the pregnancy, even telling us it was a boy,” Alexandro told Brazil’s G1 website.

‘We paid for prenatal treatment and even went for ultrasound scans.”

“During one of the two scans the doctor told us the birth couldn’t be natural because the child was sitting down, and it needed to be a cesarean,” he said.

Alexandro added that he and his mother were waiting outside the operating room before they were told that the pregnancy was “just an imaginary.”

“My wife had a huge cut across her belly and they simply told us that there wasn’t a baby after all, it was all psychological. That’s when I called the police and registered the occurrence,” Alexandro said.

According to him, the doctor who performed the operation, Jose Tomaz de Oliveira had even seen his wife before the surgery and prescribed her vitamins for pregnant mothers.

“If the pregnancy was psychological, how come he accompanied the whole pregnancy. If it’s true, then I must have psychological problems too, because I saw the child on the ultrasound and so did he,” he said.

“I need to know if my son was in there, and what happened to him. I was the father and I have this right.”

However, Dr. Jose denied that he was the one who handled the ultrasound scans.

The police have launched an investigation into the case to find out whether or not Claudia had been pregnant. An internal inquiry has also been launched following the case.

“At the moment I don’t know who falsified what. We don’t yet know why a caesarian was carried out and everything has to be investigated,” Alexandre Rodrigues, from the Medical Council of Minas Gerais state (CRM-MG) said.

‘We could be dealing with a psychiatrically-disturbed patient. The investigation is to find out exactly where and in what moment the error occurred.”

Claudia’s case is not an isolated case involving “phantom pregnancy”. There have been a number of similar cases reported in Brazil including a 37-year-old woman who came to a hospital with proof of her prenatal treatment which showed that she was 41 weeks pregnant was told that she had a ‘phantom pregnancy’.