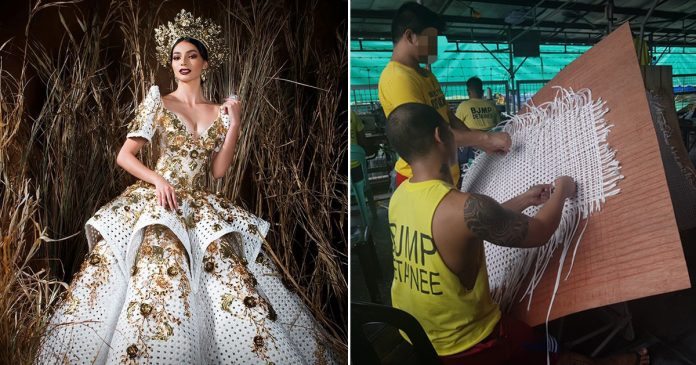 While many participants choose to hire famous high fashion house and designers to design the gowns they wear in beauty pageants, this Filipino beauty queen decided to wear a gown created by the inmates in the Philippines.

And the gown was so stunning!

Emma Mary Tiglao is representing Pampanga province at the upcoming Binibining Pilipinas pageant at the moment.

For the National Costume section, she chose designer Rich Sabinian who is from Pampanga to design her dress.

However, it was the inmates from the Angeles District Jail Male Dorm who wove the fabric of her gown.

The inmates used a traditional weaving technique called “solihiya” to create the fabric and they did an absolutely terrific job at it!

According to Sabinian, the unique gown is called “Fe Esperanza Caridad” which means “Faith, Hope, and Charity”, representing the hard work put to create the gown and symbolizes the rich culture and heritage of the province.

Tiglao wore the gown for a photo shoot for Binibining Pilipinas.

There is no doubt that the same gown will stun everyone else at the National Costume Fashion Show on the upcoming May 29. 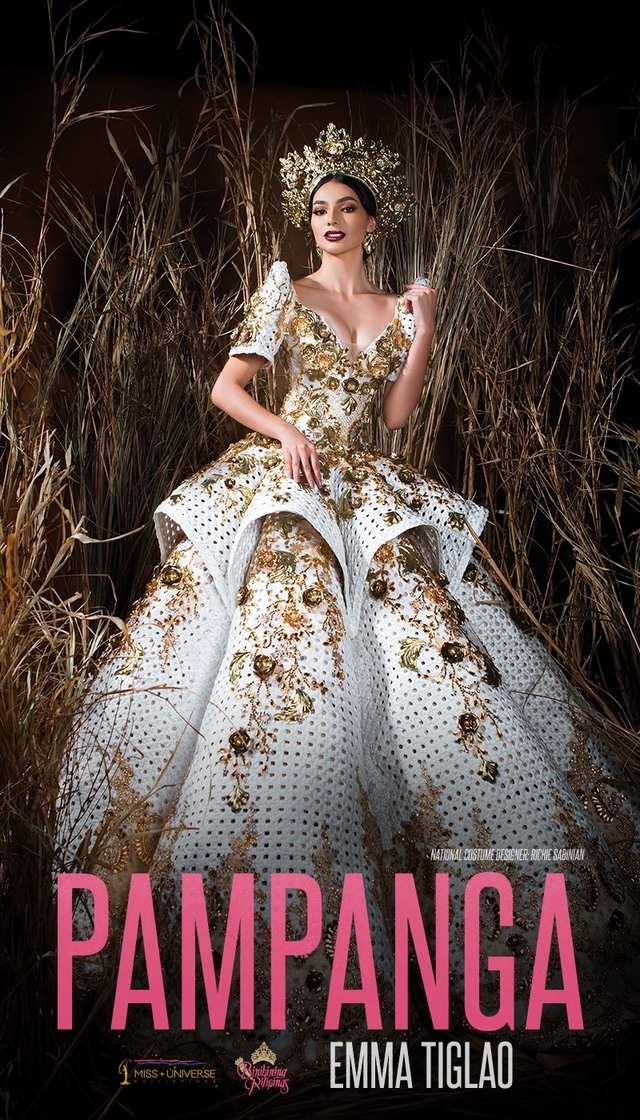 Binibining Pilipinas 2019 will take place at the Smart Araneta Coliseum in Quezon City, the Philippines on June 9, 2019. The winners will then represent the country at the Miss Universe 2019 and Miss International 2019.