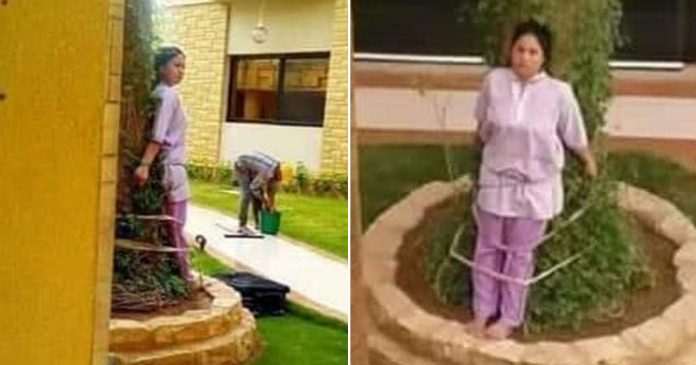 A Filipino maid was allegedly tied to a tree by her wealthy Saudi Arabian employers on May 9 as punishment after she left a piece of furniture outside in the sun.

The 26-year-old maid named Lovely Acosta Baruelo has been working for the wealthy family in Riyadh for several months.

While she was on her duties, she was reported to leave a furniture outside which angered her employers as it risked being faded by the sun. 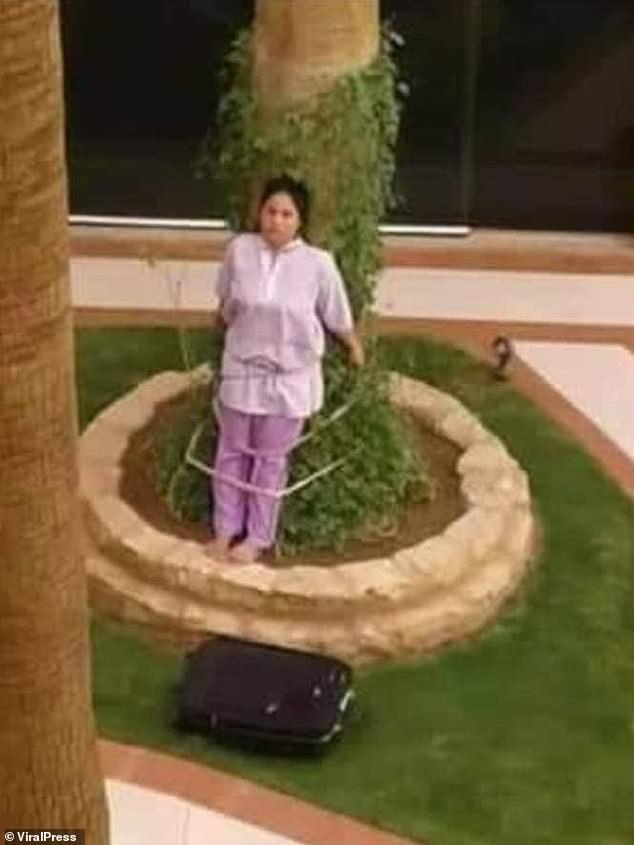 To teach Baruelo a lesson for leaving the furniture outside in the sun, they later tied her to a tree to show her the effect of staying under the sun. 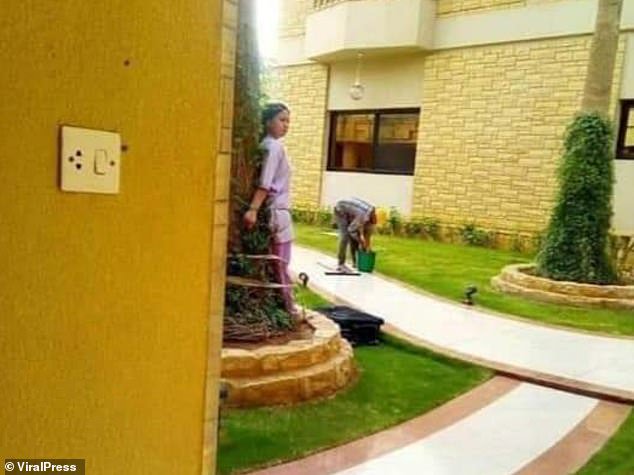 Luckily, a colleague of Baruelo managed to take several photos of her being tied up to a tree which show her tied by the wrists and legs in the family’s garden.

SAUDI ARABIA
Filipino maid is 'tied to a tree by her wealthy Saudi Arabian employers as punishment for leaving furniture outside in the sun'
Lovely Acosta Baruelo, 26, was allegedly tied to a tree in Riyadh, Saudi Arabia pic.twitter.com/lMnRka5qPR

According to The Epoch Times, those who work for the family are used to being abused and hurt for their small mistakes.

The Philippines Department of Foreign Affairs (DFA) later was made aware of Baruelo’s situation and helped her to return to the Philippines.

DFA reports that OFW Lovely Acosta Baruelo from Saudi Arabia arrived in Manila on 9 May. PH Embassy in Riyadh said her case was referred to them on 9 May; she was repatriated on same day. She was allegedly punished by her employer by being tied to a tree.@teddyboylocsin

According to the spokesperson of  DFA, the department has released a statement regarding the incident, “The Department of Foreign Affairs (DFA) reports that Overseas Filipino Worker (OFW) Lovely Acosta Baruelo from Saudi Arabia arrived in Manila at 8:55 p.m. on 9 May 2019.”

‘”The Philippine Embassy in Riyadh reported that the case of OFW Baruelo was referred to them on 9 May, and she was repatriated on the same day. OFW Baruelo was allegedly punished by her employer by being tied to a tree.”

Even though Bareulo has arrived safely in her home country recently, she was concerned about her colleague’s safety after the colleague shared her photos being tied up to a tree.

“Thank you so much to all those who helped me,” she told Daily Mail after arriving in the Philippines.

“I want to also ask help for the other Filipinos left there. They are the ones who helped me and uploaded my pictures. I am afraid for their safety. I hope they get rescued too.”

Baruelo also shared how employers often deducted her salary. “You old man will find your karma, just you wait. Keep deducting our salaries,” she said.

“This is the reason why you have poor health. It’s your karma for all the wrong things you did.”

An estimated 2.3 million Filipinos are currently working in the Middle East and Africa and more than half of the total are women.