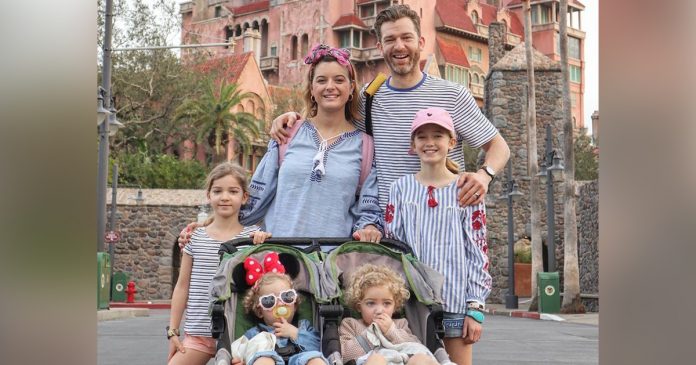 Being a father to four lovely daughters is something that Simon Hooper has always been grateful for but he knows very well now that fatherhood is not always full of smiles and laughter.

Rather, it is full of tears, messy floors, random tantrums that have become a norm in his household!

Also known as Father of Daughters on his Instagram account, Simon is an Instagram star and a successful author who regularly shows the ups and downs of being a father to four girls.

Thanks to his hilarious approach to parenthood, he has amassed almost 1 million followers on his Instagram account.

On top of the large doses of humor, he also prefers to not sugarcoat the realities of having four young girls under one roof.

Like this post when he wanted to take some headshots for his book but his daughter Ottie decided to steal the moment instead.

Or when he and his wife decided not to dress their daughters Ottie and Delilah the same as the two girls are very much look alike and that would make it even harder to identify them “than threading a needle while wearing oven gloves covered in baby oil.”

Obviously, Ottie and Delilah did not approve of their parents’ outfit ideas!

The struggle is also real when he had to make a quick grocery shopping before his parents arrived at their home as there was barely any food left in the fridge.

As usual, his cheeky daughters decided to lend their panicked father a helping hand at the supermarket.

When the toddlers refused to eat the meal he prepared and chose to force feed him instead. “Sharing is caring, but in this case I’m not so sure.”

Apart from the constant headache, piles of dirty laundry, screaming and the sleep deprivation, Simon admits that being a parent to daughters is a huge blessing.

The precious moment of seeing them smiling and being happy is totally worth it!

See more of his struggles, dad jokes, and hilarious snapshots in his journey as a father here.