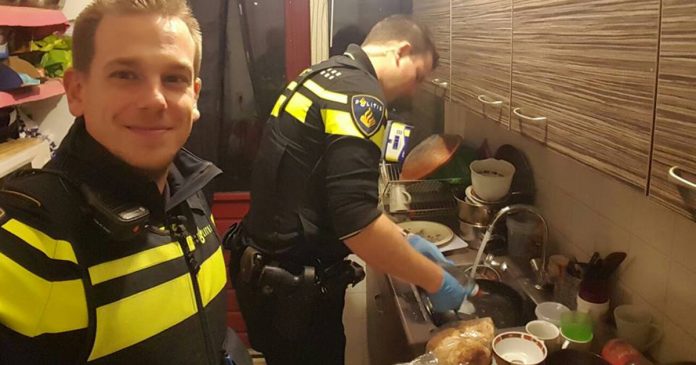 It is not included in their duty descriptions but two Dutch police officers show what being compassionate is like when they looked after a woman’s children while she was in the hospital.

According to the Eindhoven Police official facebook account, the two Dutch police first responded to the woman’s home in Woensel-Noord last week.

They arrived at the same time as the ambulance which later took the woman to the hospital for tests. Apparently, the woman suffers from hypoglycemia, a health condition when one’s blood glucose drops beyond the normal level.

After the woman was taken to the hospital, the two police officers realized that no one would watch over her five young children if they left.

So, the two police officers decided to step up and do what they thought was best for the children.

While waiting for the caretaker to arrive, they made a simple dinner for the children — fried egg sandwiches and even prepared some fresh fruits for the kids.

They also did the dishes afterwards.

The story about the two kind-hearted police officers making dinner and washing dishes for the woman’s children quickly won thousands of hearts after it went viral on social media.

The photo of the police officers at the woman’s home has received 103,000 likes and has been shared over 5,200 times since it was posted by the Eindhoven Police on Facebook.

It is certainly heartwarming to see these police officers going above and beyond their duties.

Obviously, they could just wait for the caretaker to arrive but instead, they chose to show their generous and compassionate side to the young children and the woman. What an inspiration!