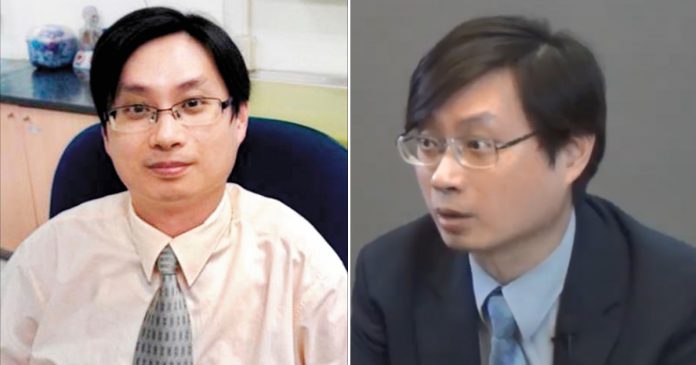 It is ironic that doctors who dedicate their lives to treating thousands of patients often are the ones who end up not getting the help they need in their lives.

As a hematologist and oncologist, it was Dr. Su Yung-Cheng’s duty to treat patients diagnosed with blood diseases and cancers at Taipei Medical University Shuang Ho Hospital in Taiwan.

Days and night, Dr. Su devoted his time to visit his patients and do his best for them even when he himself was battling with rare cancer.

The 44-year-old doctor’s dedication to serving his patients until the last few days before he passed away as shared by his colleague in a heartbreaking Facebook post has touched many people on the internet.

Dr. Chang pointed out that Dr. Su had been selfless and committed to his duties as a doctor ever since he knew him at Chang Gung Hospital where Dr. Su previously worked.

In his post, Dr. Chang said that Dr. Su not only did his best to take care of his patients but also his colleagues and juniors, something that most of the other senior doctors rarely did as they were too busy.

As they have to work long shifts and prepare for the specialist examination, it was uncommon to see senior doctors setting some time aside to guide junior doctors.

However, Dr. Su was not a typical doctor. Every day, he would make time to visit his patients in the wards on top of his already busy schedule.

Dr. Chang also recalled the time when Dr. Su told him that he was diagnosed with rare cancer in December last year. Apparently, the cancer was uncommon that even the hospital where he worked at the time could not exactly identify what type of cancer it was.

In spite of his unfortunate situation, all Dr. Su hoped was not for him to be free from cancer but to have more time to treat his patients.

“You know that I have saved so many patients. I have never asked for anything. Now I just want to ask for more time,” Dr. Su told him.

Even during his last days in the world, Dr. Su would make time to ask his patients if they were feeling better and encouraged them to stay strong and continue the treatment.

Now that Dr. Su was gone, the patients had lost a dedicated doctor who cared nothing but the best for them. “It’s just sad, this life is really too short,” Dr. Chang concluded.