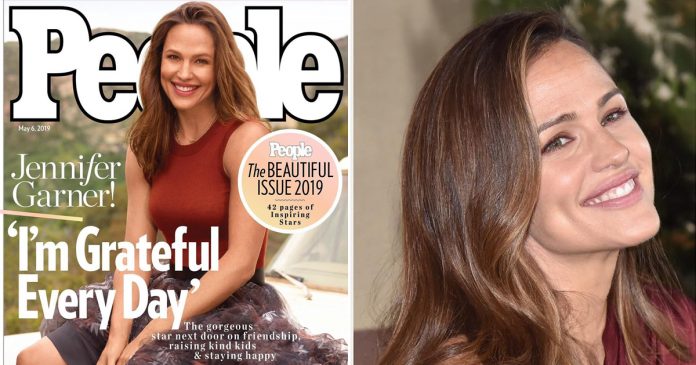 Jennifer Garner may be approaching her 50s but the Hollywood actress has just been crowned as the “Most Beautiful Woman of 2019”!

In this year’s ranking made by People magazine, the Hollywood prominent celebrity is more than deserving the honor to be voted as the world’s most beautiful woman.

Jennifer Garner is widely known for her role in TV series “Alias” and romantic comedy movie “13 Going On 30” but there is more to meet the eye when it comes to the 47-year-old actress.

Garner is also a mother of three, co-founder of organic cold-pressed baby food Once Upon A Farm and an artist ambassador to Save The Children.

In spite of her striking beauty and elegance and great acting skills, Garner admitted that she once struggled with insecurity during her school years and even considered herself as a “band geek”.

“I was so not one of the pretty girls,” Garner told People magazine in a cover shoot interview. “I just bypassed insecurity and didn’t see myself as attractive at all. It was not part of my life.”

Nevertheless, the actress revealed that looks were never “a big deal” in her family.

“Looks weren’t a big deal in my family,” she said. “I don’t think my parents ever said ‘You’re pretty,’ and so we just didn’t think about it.”

According to The Epoch Times, her perspective on beauty is shared through the votes she received on the People poll by lauding the more mature, racially diverse, and characterful among our celebrity favorites. And this year is no exception.

Garner has three beautiful children; Violet, 13, Seraphina, 10, and Samuel, 7, whom she shares with her ex-husband, actor Ben Affleck.

When she does not need to be camera ready, Garner revealed that she can often be seen in her workout clothes.  “I try so hard to get out of [them],” she said. “But sometimes the day just doesn’t give you a break to shower and put on my other uniform, which is jeans, a sweater and sneakers.”

She continued that it is not when she is dressed in glamorous outfits that she feels most comfortable.

Arriving home after a photo shoot is when she feels best in her skin.  “I’ll feel like the best possible version of myself,” Garned added.

For this year’s ranking, Garner is also joined by other Hollywood beauties like Lupita Nyong’o, Julia Roberts, Selma Blair, and Glenn Close.