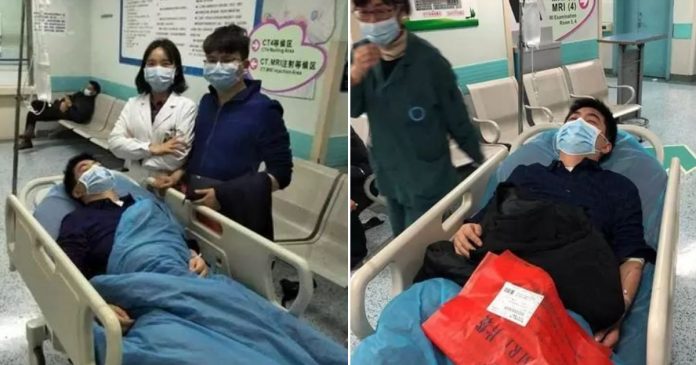 A man from China selflessly sponsored a little girl who was struggling after a massive earthquake hit her family 11 years ago. Little did he know that the same girl would return the favor by saving his life.

The little girl who is known as Tam Ling came from a poor family of five. Her father was disabled while her mother was struck by an illness.

As the eldest of the three siblings, Tam Ling had no choice but to take care of her family despite her tender age.

Her family was forced to live in a worse condition after a massive 7.9-magnitude earthquake hit Sichuan which completely destroyed their home.

The poor family had to take shelter in their neighbor’s house as they could not afford to find another house.

Fortunately, a kindhearted man named Zheng Hua found out about Tam Ling. The little girl reminded the man of his childhood when he used to struggle to make ends meet as the son of a farmer.

As Zheng Hua empathized with Tam Ling, he then passed his phone number to the girl and asked her to give him a call after she graduated from high school.

After her graduation, Tam Ling’s father called Zheng Hua and asked him to mentor his daughter. Zheng Hua later advised Tam Ling to go to a medical college, North Sichuan Medical College, which he sponsored her first year of tuition fees.

Years later, Tam Ling finally graduated from medical school and became a certified optometrist. She then started working at a local hospital.

On March 19, 2019, Zheng Hua fainted in the middle of a meeting. He was later diagnosed with brain aneurysm and was admitted to the hospital.

“The doctor said I was bleeding internally and I could lose my life if the situation is not under control,” Zheng Hua said.

Coincidentally, the hospital where Zheng Hua was admitted to was the same hospital Tam Ling works.

After Tam Ling found out about Zheng Hua, she quickly arranged for everything for him including the admission, signed the papers and accompanied him during the check-ups until 4 am the next day.

Thanks to Tam Ling’s arrangement and care, Zheng Hua did not need to undergo surgery and his condition is under control.

“11 years ago, I put her through medical school. 11 years later, she saved my life! I shared this story because I want to motivate others to spread kindness!” Zheng Hua said.

Bank staff called the police to remove an upset 92yo, but...