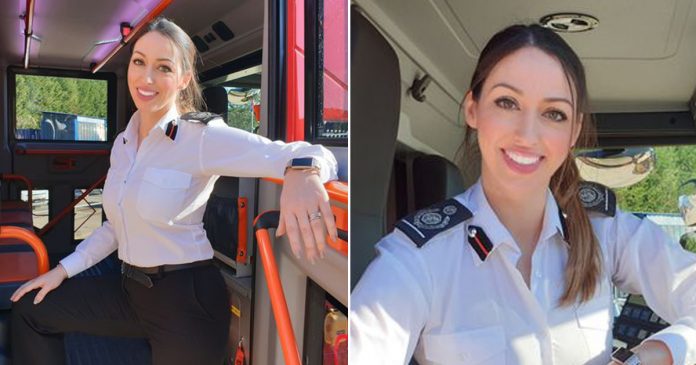 She was once homeless but that did not stop Sabrina Cohen-Hatton to turn her life around and became one of the UK’s top firefighters today.

The 36-year-old lady is now a chief fire officer and a published author. Cohen-Hatton is also a PhD holder.

In an interview with WalesOnline, she said how living on the streets for two years when she was 15 years old helped her to become who she is today.

“It was pretty unpleasant. But equally, there are things that came out of that time that were positive,” she said.

During the time, she admitted that it was tough to live as a homeless person and that she had been to seven funerals of homeless people she knew.

Nevertheless, she learned a lot from her experience living on the streets including “grit and determination” for her to succeed in life.

“Because I had lived that other life, I knew how hard life could be and how I’d been knocked down over and over again. I knew that no matter how difficult my life was it was not as hard and that life,” she said.

“It gave me that grit and determination. It’s made me really respect everyone,” Cohen-Hatton continued.

Eventually, she managed to escape the homeless life after she started selling Big Issue, a British street newspaper.

Thanks to the sale she made from selling the newspapers, she managed to save up enough money to get a flat in the Welsh Valley in South Wales.

“It was really hard. It took me a few attempts to get off the streets,” she said.

“It’s not as easy as just getting a roof over your head. I did end up in a room in a hostel and I got badly beaten by one of the guys that was staying there.”

When Cohen-Hatton was homeless, she never thought of joining the fire service.

“It was through being homeless that made me look at how I could help other people.”

She then joined the fire department at Risca at 18 years old and became the first ever female firefighter in the station and in the division.

“It was tough but it was so worthwhile. One of the things I’m really passionate about is changing what a firefighter should be. It was male dominated then and it is now,” she continued.

In spite of being homeless for a few years, Cohen-Hatton turned it into an inspiration and challenged herself to turn her life around.

Now, she is happily married to her husband, Mike, and has a 9-year-old daughter, Gabriella.