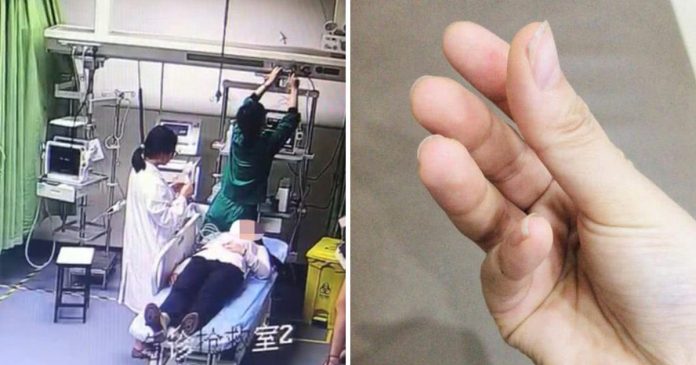 A university student, 21, from China’s Zhejiang province was admitted to hospital after watching the long-awaited Marvel movie ‘Avengers: Endgame’.

The 21-year-old and her friends watched the movie at a midnight viewing on Wednesday, April 24, according to website Sina.

But the woman became extremely emotional during Avengers: Endgame—she cried and even had a breakdown.

Her friends thought she would be okay after the movie ended, but in fact, her condition worsened, and she began to experience a number of strange symptoms.

The Marvel fanatic had difficulty breathing, and had an uneasy feeling in her chest, Sin Chew Daily reported.

On top of that, she started to experience feelings of numbness in her feet and hands. Both of her hands started to cramp too.

She couldn’t open her hands fully!

Naturally, her friends were really concerned about her, so they quickly rushed her to hospital.

After examination, doctors concluded the 21-year-old had hyperventilated during the Avengers movie.

The student might have cried just a bit too much, which caused her to hyperventilate, doctors said.

“She might have cried too hard, and kept taking huge breaths while doing so. This caused her to hyperventilate,” a doctor said, according to Sina.

“After comforting her to relax, and wear an oxygen mask for a while, her condition improved,” the doctor added.

The typical symptoms of hyperventilating include: Feeling lightheaded or dizzy, difficulty breathing, chest pain, dry mouth, muscle spasms, numbness in the arms or around the mouth and difficulty sleeping, according to Medlineplus.

Fortunately, she has since recovered and has now been released from hospital. We’re glad she’s okay!

Over 1,000 people want to adopt abandoned newborn baby found in...