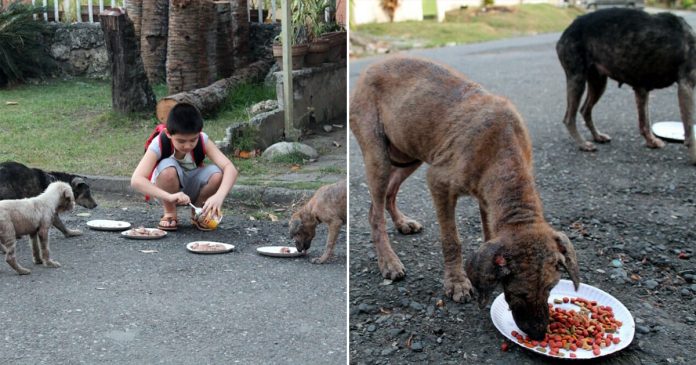 We often see tear-jerking videos and photos of animal rescues on the television and social media. While we sit there applauding the acts of kind strangers who take in and care for animals, not many of us are willing to do the same.

A boy from the Philippines would often disappear from his house for a certain amount of time each day and when his father got curious, he decided to follow him. What this father finds his son doing brought both joy and sorrow because he was proud of what his son was capable of, but he was also dismayed at the situation he found himself in.

A 9-year-old boy named Ken Amante from a remote city in the Philippines would leave his family home every day. He left under the pretense that he was going for a walk but he wouldn’t tell his father exactly where he was going. He had his father’s unquestionable trust. 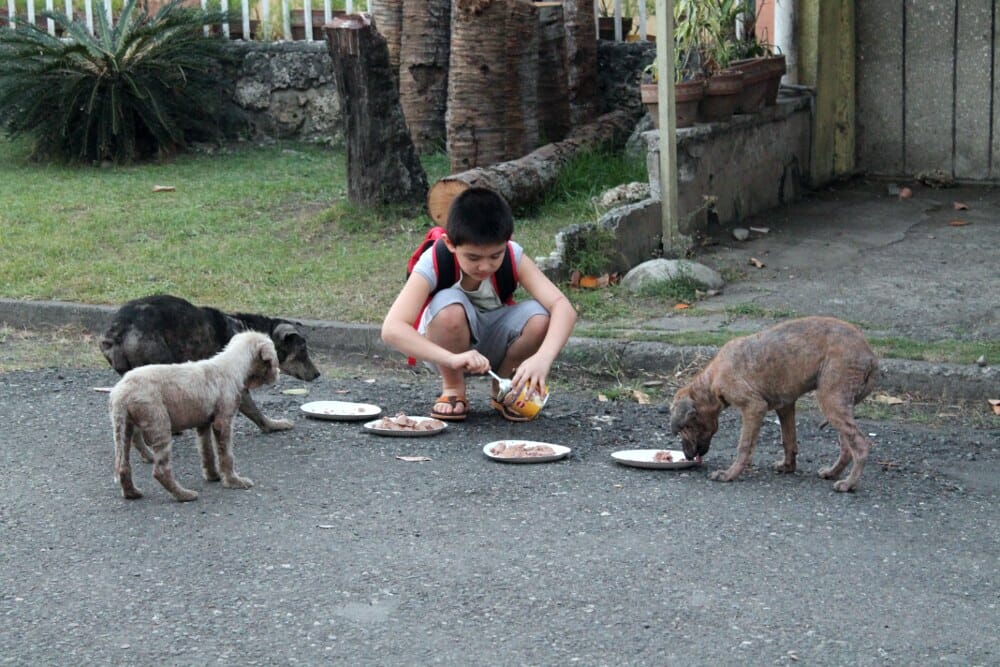 Ken’s father decided to follow his son out of curiosity 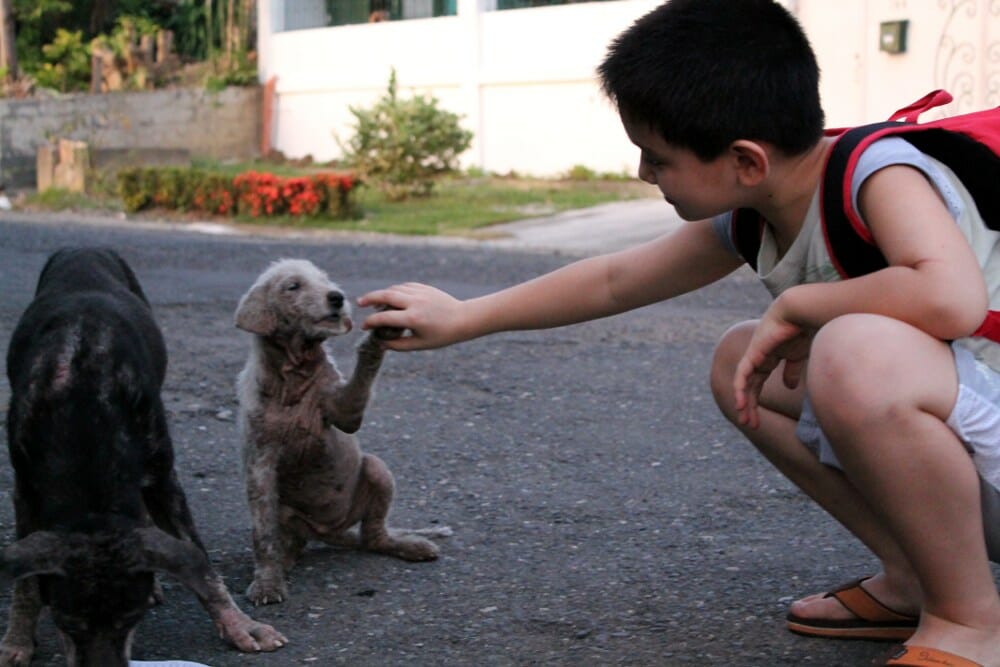 One day, Ken’s father caught the itch of the curiosity bug and wanted to know where his son goes routinely so, he decided to find out once and for all. He followed his son out of the house on his so-called walks without making his intentions clear in order to see what his son was up to.

What he saw was something completely unexpected. He found out that his child left the house everyday with a mission. After tailing Ken from a distance, he found that his son was feeding the street dogs in that area. Instead of turning away from the plight of these animals, Ken decided to do everything he can in his power to help them.

To his astonishment, he found his son feeding the street dogs in that area 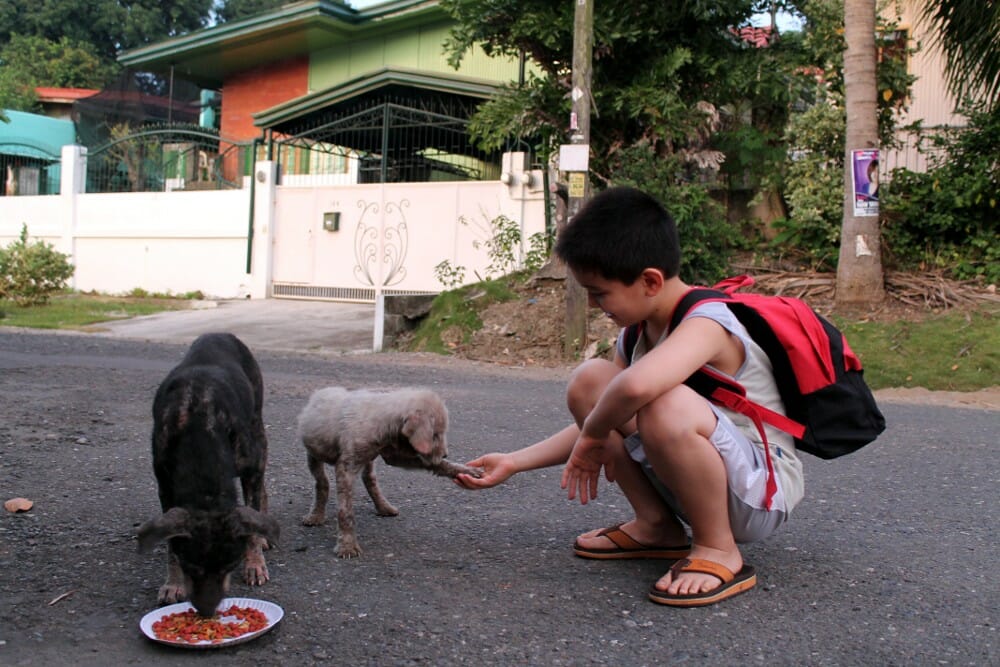 A group of malnourished and sickly-looking strays flocked around Ken. These animals who have lived their lives in fear of humans have come to trust Ken immensely. He recalled later that the first time he brought food to them, he had to stand 50 meters away and watch from a distance because the dogs would not go near the food when he was standing there. 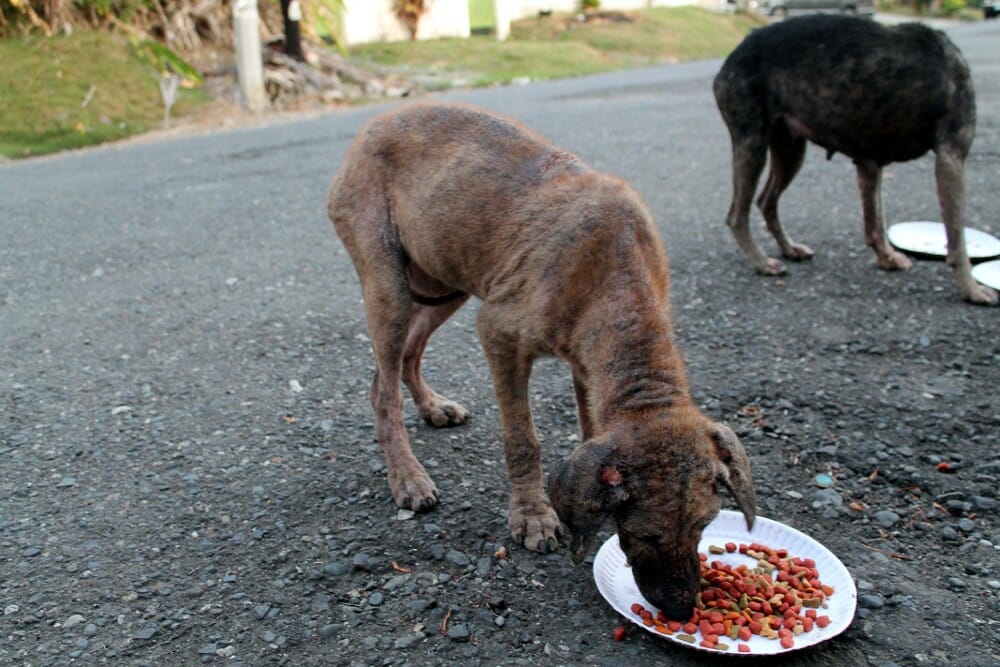 Now the animals trust him so much so that he is able to pet them freely. Ken’s father took pictures of his son in the act and was just amazed that he had this much capacity for compassion. After taking a few pictures, he set his camera down and went to help his son.

All the strays that gathered were malnourished and weak-looking 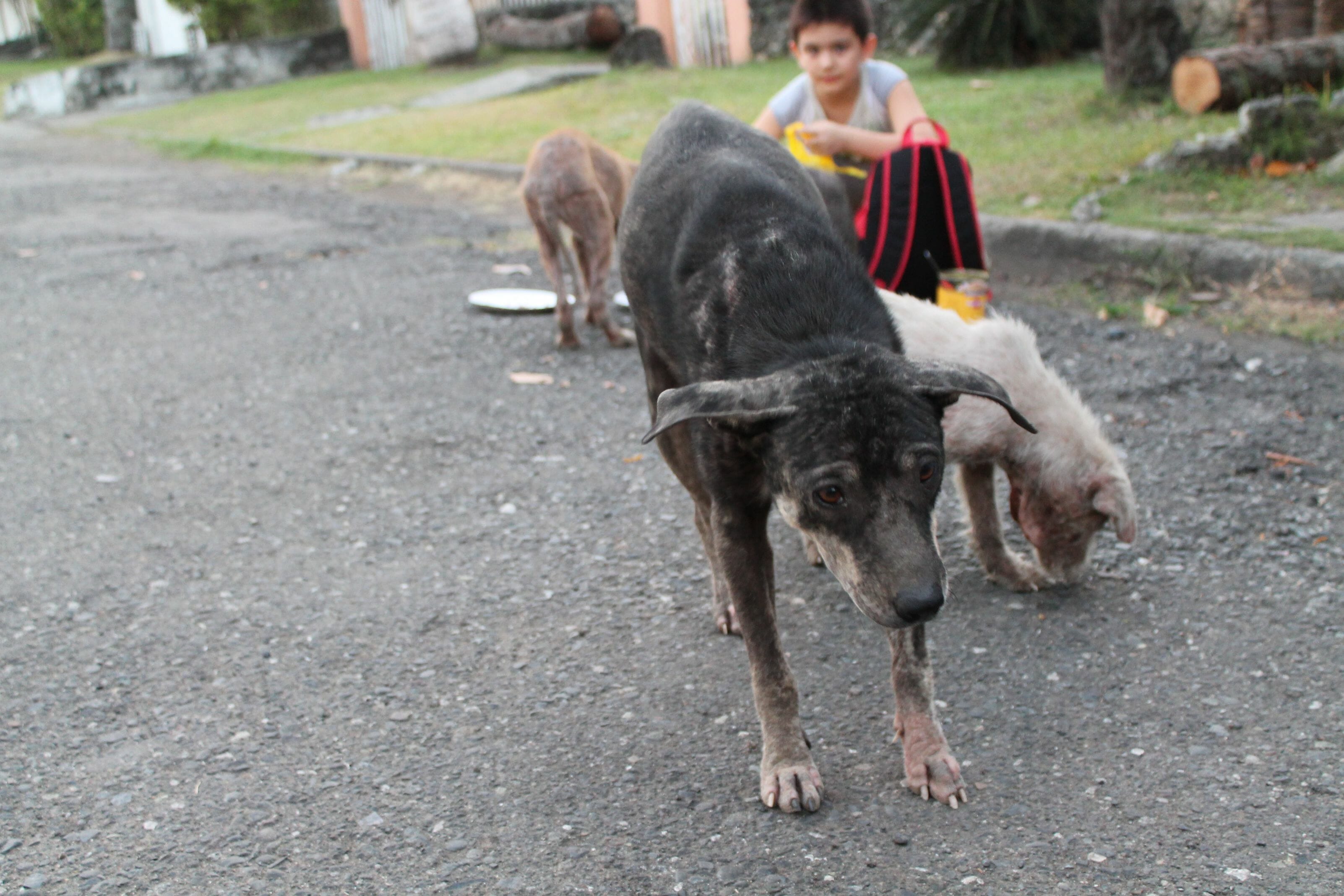 The dogs are stray and it is very likely that they carry diseases and infections with them so both father and son have been properly vaccinated. They are also careful when they play around with the dogs to care for their hygiene. 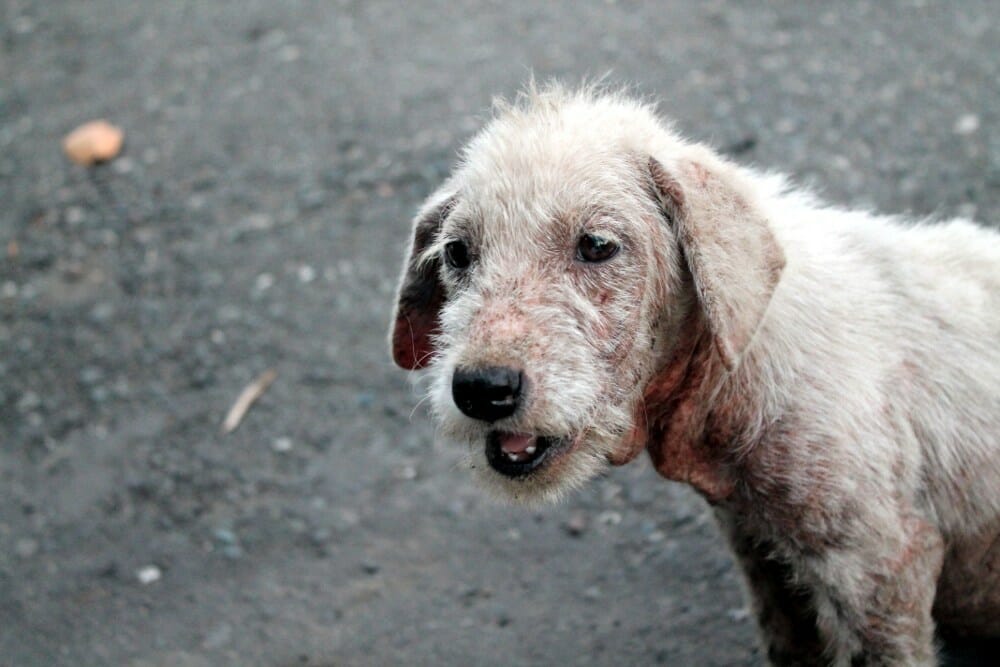 While they spent time with the strays, they decided to name three of the familiar faces they would see each day; “Brownie”, “Blackie” and “White”. It appears that Blackie is the mother of the other two and looked especially sickly. Despite this though, she had stood by her pups regardless. 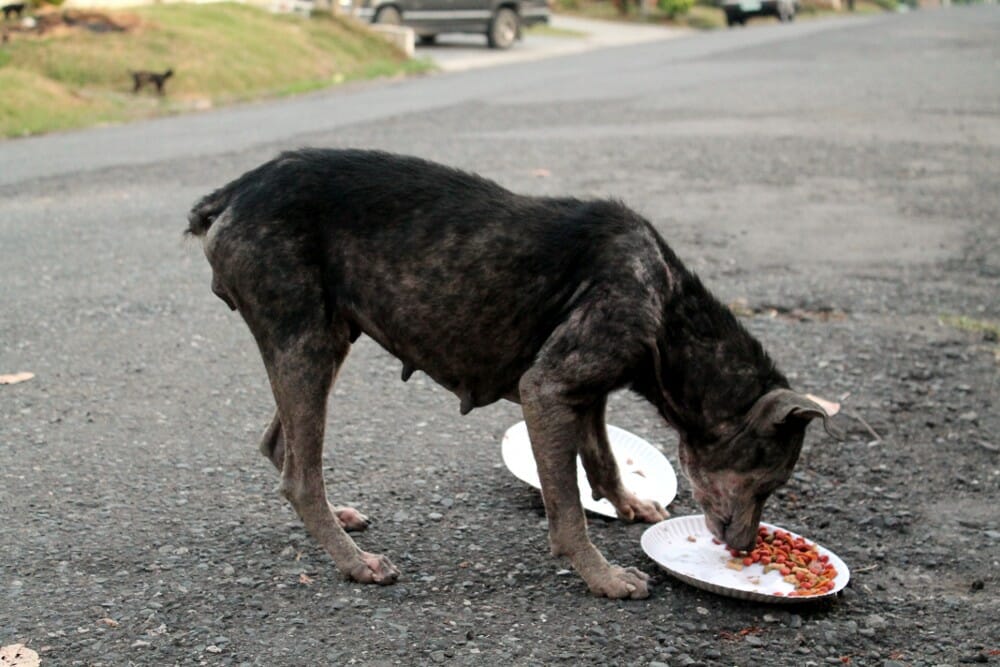 Ken was determined to do something to care for these animals which nobody else would even take a second glance at. Both father and son have since started a volunteer organisation that aims to help homeless animals in the area. On the 31st of March 2014 they started their project called the “Happy Animals Club” and it had since become a success. 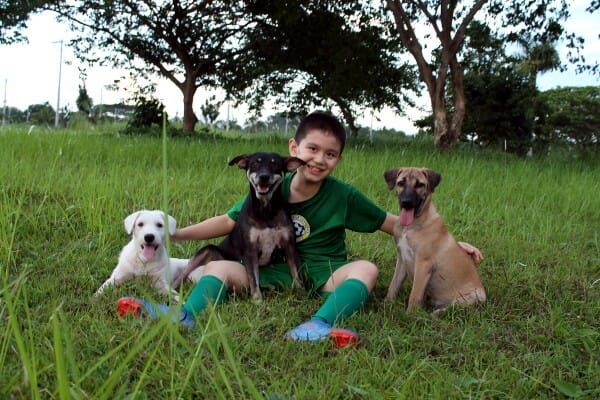 They decided to have a dedicated place where they can continue to help the animals. Ken’s father made the decision to rent a plot of land in the area near his home. He secured the plot of land all around and it was welcome to all kinds of animals in need. 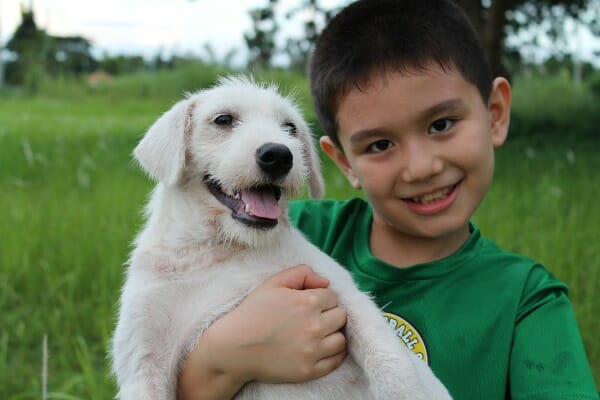 Even “Blackie” looks healthy and happy after being taken care of 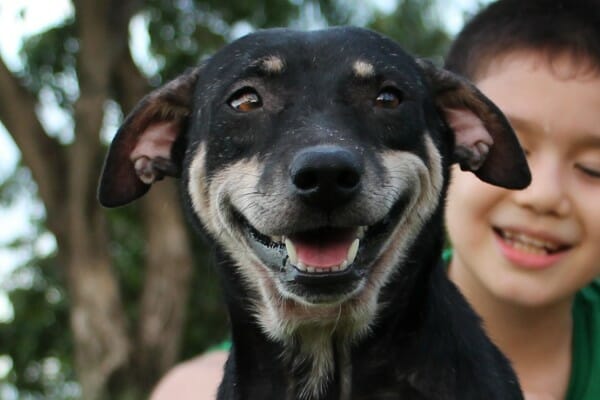 “Brownie” has grown so much since Ken first met him 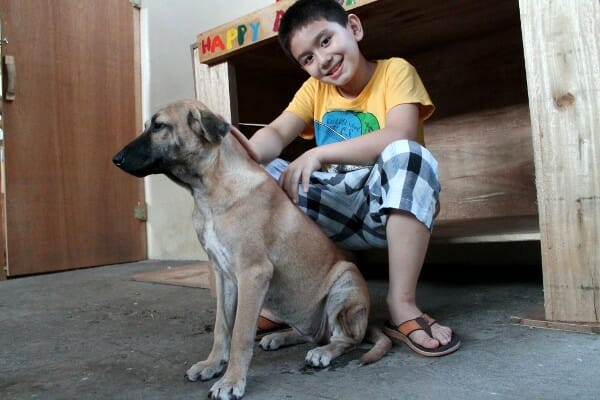 This just goes to show that you can make a difference no matter how old you are and it is never too late or too early to spark positive change.

A Labrador Retriever just became the cutest new dad to 9...