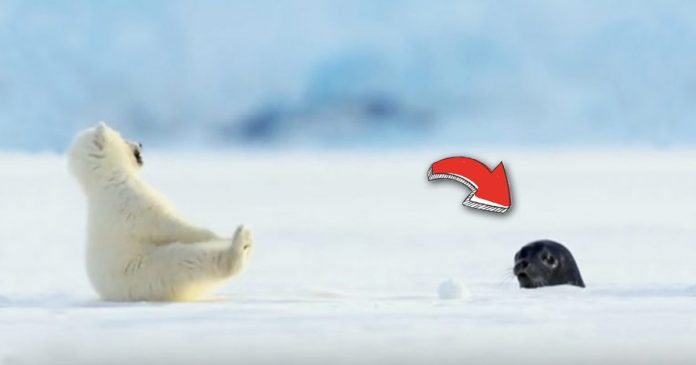 A mother polar bear was waiting to pounce on her next meal—a seal. As she waited for it to pop through the ice, it was her cub who got the biggest surprise.

The documentary revolves around the fluffy side of two two-year-old polar bear cub’s lives as they travel with their mother polar bear from the Svalbard islands, north of Norway, to the North Pole.

The long journey involves the mother polar bear teaching her cubs on how to survive and use their hunting skills while encountering different kinds of animals along the way. 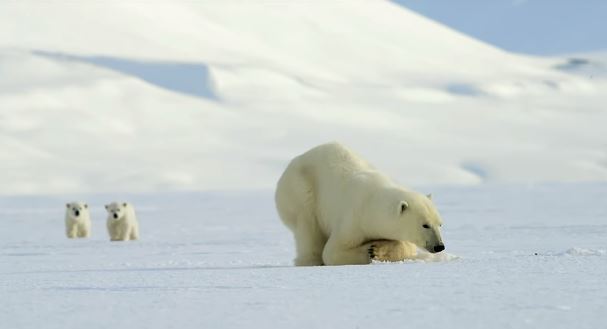 As spring arrives and the ice begins to melt from their island, the polar bears must continue to survive by following their prey, seals, to the far north.

The preview of the documentary begins with the mother polar bear carefully observing a seal swimming under the ice.

It does not take long for her to pounce on the seal as the mammals must take a breath of air every 30 minutes. 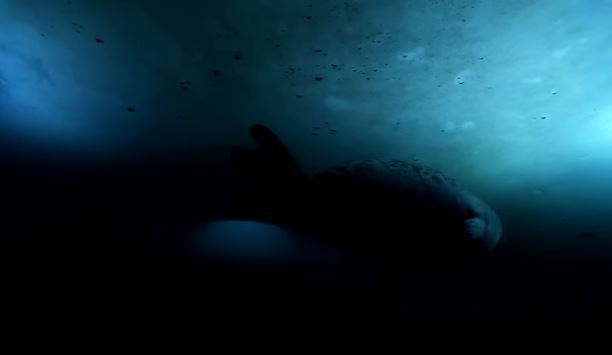 As she waits for the seal to pop through the ice, one of her cubs snuggles into the warmth of her body.

Meanwhile, another cub fills the time by playing with an ice block it finds not far away from the cracked ice. 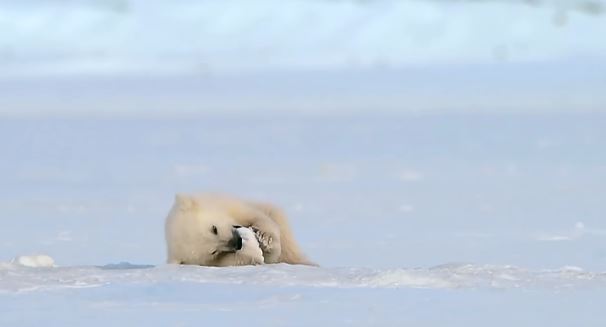 Just a moment later, the seal pops through the cracked ice and the cub, who does not expect the mammal’s presence is clearly surprised by the presence of the seal. 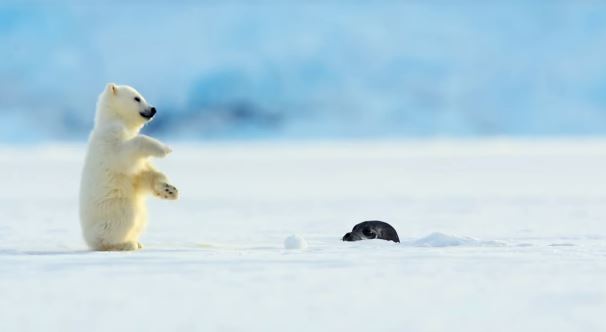 Apparently, the baby bear is so shocked that it falls on its back as the seal stares on. 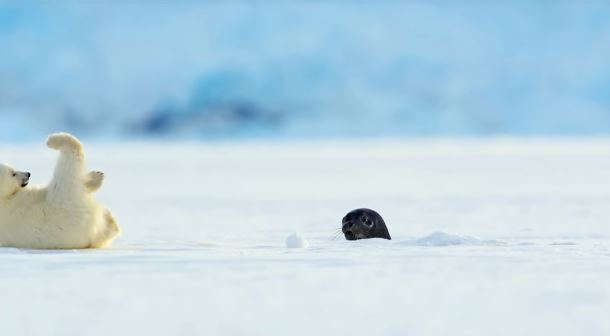 The adorable scene of the polar bear cub got surprised has gone viral on the internet but it is only a just a preview to the documentary.

More of their cuteness and adorable actions will be revealed in the show so do not forget to watch the full documentary.

Watch the polar bear cub falls on its back when the seal gives a surprise here: