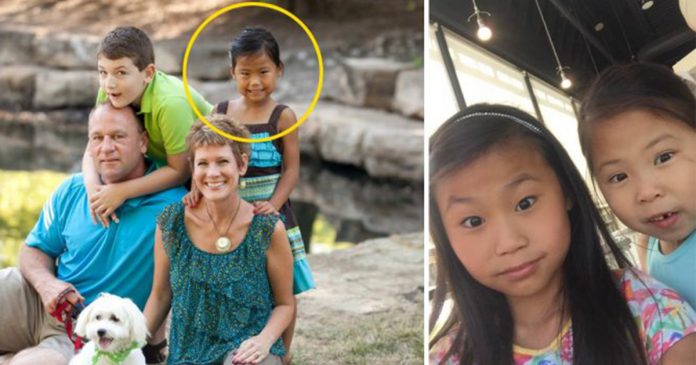 Although coincidences are extremely probable in our daily lives and are unavoidable from a statistical point of view, there are certain events which happen that simply are too rare to be considered a coincidence and many believe that this improbable chain of events to be the result of fate. If you are a person who does not believe in fate, you may change your mind after reading this story.

In the United States, a majority of couples who are qualified to adopt children, choose to adopt them from countries other than their own. Many of them choose to foster and care for children from China where the country is known to house a large number of less fortunate children.

Weldon Spring couple wanted to adopt a child from China

Elliana who was 10 years old at the time, was diagnosed with a health condition related to brain disorders. Due to this fact, many prospective families have refrained from adopting the child and that made Staci and James want to help her even more, therefore, they decided that they wanted to adopt her.