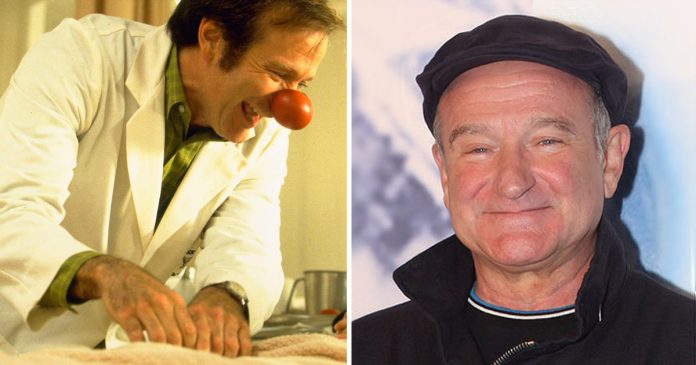 It has been almost five years since Academy Award winner Robin Williams passed away but the memories of the legendary actor still linger in many hearts.

In August 2014, the world was shocked with the sudden passing of Robin when he was found dead in a suicide. He was 63 years old when he passed away.

Following his death, many of his fans took to social media to share their encounters including Brian Lord, president of the Premiere Speakers Bureau.

In a blog post written by him, Brian shared his encounter with Robin’s rider when he tried to book the actor for an event.

“Years ago I learned a very cool thing about Robin Williams, and I couldn’t watch a movie of his afterward without thinking of it,” Brian wrote.

“I never actually booked Robin Williams for an event, but I came close enough that his office sent over his rider,” he added. “You can learn a lot about a person from their rider.”

It is common for actors and celebrities to make a request beforehand so when Brian met with Robin’s rider, he was half-expecting any extravagant demands from the actor.

However, what Robin’s rider told him of the actor’s request was not something that he ever expected.

“When I got Robin Williams’ rider, I was very surprised by what I found,” Brian wrote. “He actually had a requirement that, for every single event or film he did, the company hiring him also had to hire a certain number of homeless people and put them to work.”

He never thought that the actor would think of giving the needy a chance even he was working.

Brian later continued that he “never watched a Robin Williams movie the same way after that.”

“I’m sure that on his own time and with his own money, he was working with these people in need, but he’d also decided to use his clout as an entertainer to make sure that production companies and event planners also learned the value of giving people a chance to work their way back,” Brian wrote.

“He was a great multiplier of his impact.  Let’s hope that impact lives on without him. Thanks, Robin Williams—not just for laughs, but also for a cool example.”

It was not the first time that Robin made such a generous gesture for the homeless and the needy.

In 1986, Robin along with Whoopi Goldberg and Billy Crystal, established Comic Relief USA. It is a non-profit that utilises “the power of entertainment to drive positive change to help those who need it most.”

Years later in 2014, Robin helped raised $80 million for Comic Relief for the homeless people in America.