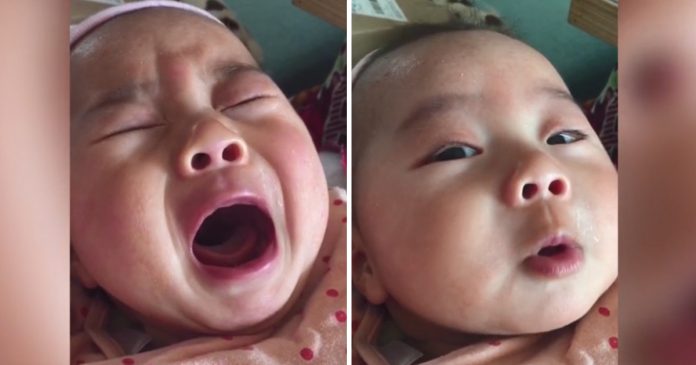 It is common to see babies crying when they are hungry, need of diaper change or when they are uncomfortable. However, not many parents know that they can also pretend to cry to get others’ attention.

if you ever catch your little baby pretending to cry to get your attention, it might confuse you but it is actually a good thing!

Babies can start to ‘fake’ a cry when as young as six months old.

Even though some parents see it as deceptive, it should not be viewed as such.

In fact, according to Japanese researcher Hiroko Nakayama, babies who are capable of fake crying may be smarter compared to their counterparts who do not do so.

So, should parents respond to their babies when they are faking their cries?

Tracy Cassels, a PhD candidate in developmental psychology at the University of British Columbia said that parents should react to their babies’ crying whether or not they fake their cries.

“It’s not malicious, they’re just trying to survive in a world where they are 100% dependent on other people,” Cassels said.

“If we don’t allow babies respect, then we’re shutting down all forms of communication for them.”

The next time you baby fake their cry to get your attention, know that your baby is getting smarter!