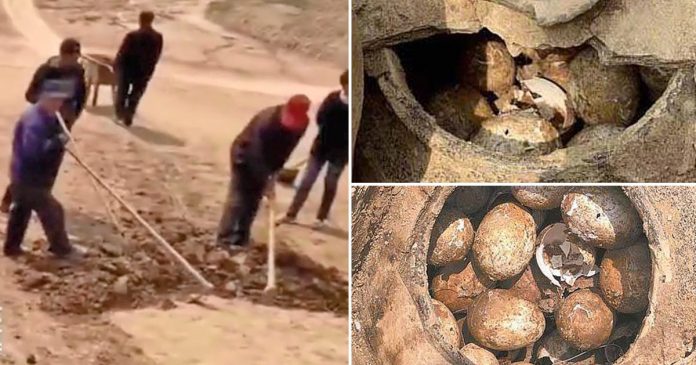 A group of archaeologists from China have made an astonishing discovery—a huge clay jar of eggs believed to 2,500 years old and buried in a tomb!

The team, from the Nanjing Archaeological Institute and the Liyang Museum, found the 20 eggs with greenish blue shells, experts said. 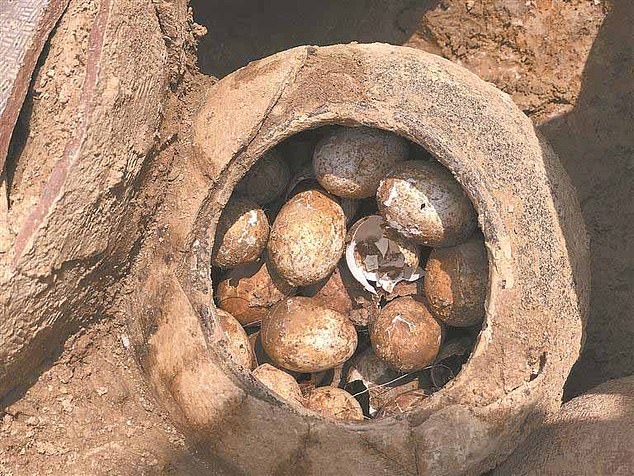 They were still in the jar when they were found in Shangxing Town in eastern China, on Sunday, reported Yangzi Evening News. 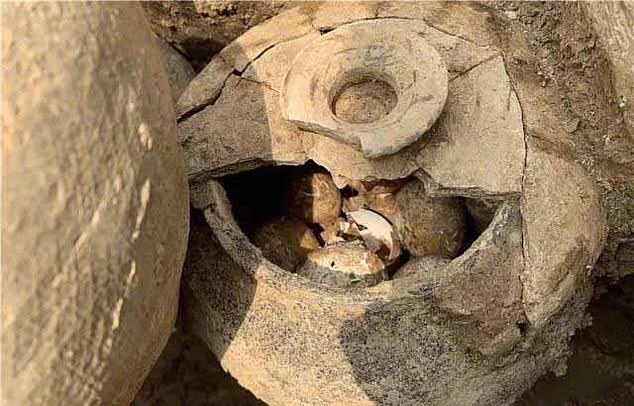 The eggs, which are similar to the typical free-range eggs you can see today, are reported to date back to 770-476BC, more than two millennia ago to China’s Spring and Autumn period.

“(The containers) were covered by mud, and the jar (with the eggs) were found above the mud. We opened the lid, and saw there were eggs,” Zhou Hengming, an archaeologist in the team, told Nanjing-based Modern Express.

The eggs were discovered in an ancient tomb complex which contains 38 tomb chambers and is thought to belong to a clan. 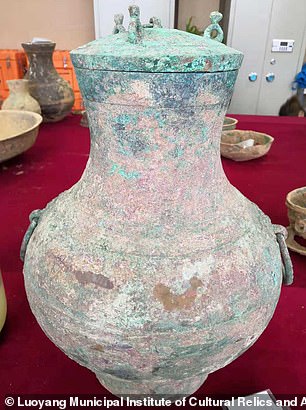 As a complete set of dinnerware and cookware were discovered in the chamber, experts believe its owner could have been an important figure. 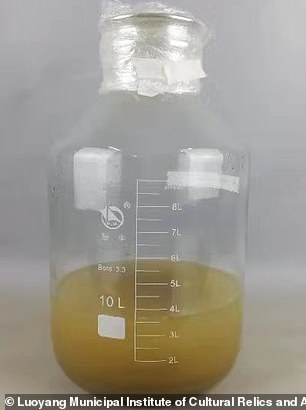 The eggs could have been buried with the tomb’s owner by family members so he wouldn’t go hungry in the afterlife.

The ancient eggs are expected to be taken to a lab to undergo further tests!