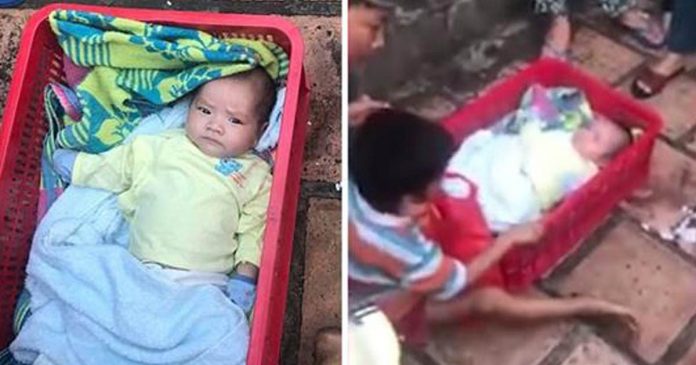 This is the heartbreaking moment two young siblings are abandoned by their own mother on a roadside in Vietnam.

The two siblings, a 2-month-old baby and a 6-year-old boy, were believed to be abandoned by their mother after she told the older sibling that she was going to the gas station opposite the road to fill up gas.

The mother left the two siblings on the roadside around 5 am when it was still dark and never returned.

It was not until a few hours later that the local residents found them on a pavement that morning in Thu Doc district of Hanoi, Vietnam.

When the boy and his baby brother were found by the public, the baby was crying in a basket while the boy was sobbing next to him. 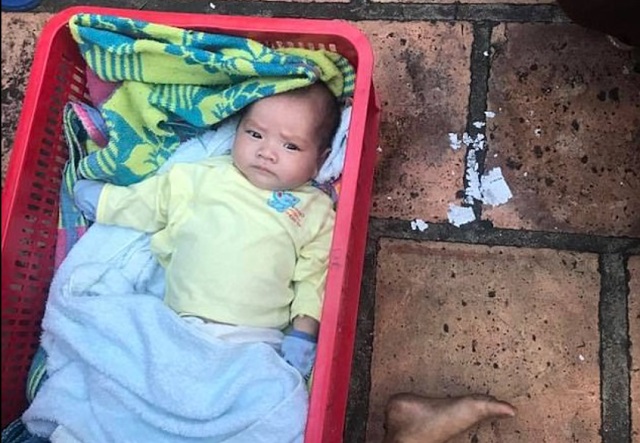 They were found clinging on to one another when shocked passersby found spotted them.

Thankfully, some people who were concerned with the abandoned siblings gave a blanket to the baby and soothed the crying boy.

According to local commune worker Nhu Goc, the siblings were abandoned outside a church. 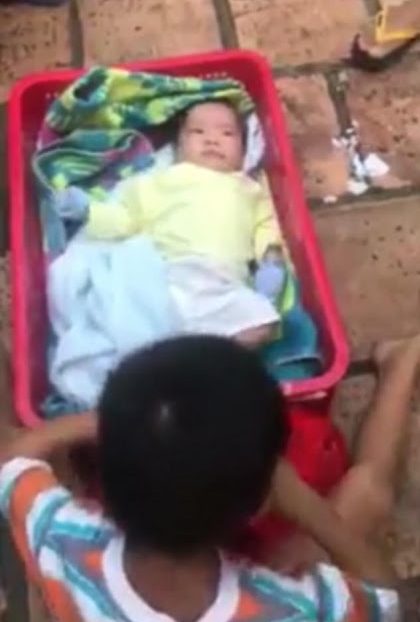 “The baby has currently been taken to hospital but anyone who knows information about the parents of the child please contact the ward,” Nhu Goc said.

The local residents later alerted the police and authorities are trying desperately to search for the siblings’ parents.

According to the deputy director of the Board of Directors from Thu Duc Youth Village, Nguyen Thi Hong Chau, “One boy who was six years old was in a state of panic, sat crying so hard, alongside the other boys, two months old, in a red plastic basket.