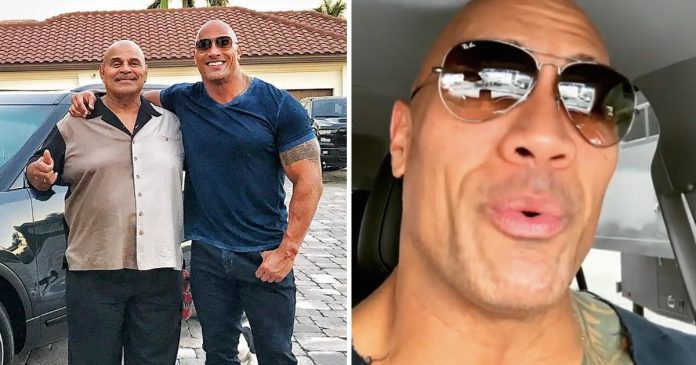 Dwayne “The Rock” Johnson melted the internet’s heart when he announced on Instagram that he was going to buy his dad a brand new house.

“I just got off the phone with my dad and, man, it was a great call and I just had to share this with you guys really quick,” he told his fans in the Instagram video.

“So about two, three weeks ago, I called my dad and I said, ‘Look, you’re probably happy where you’re at but I want to do something for you. I want to buy you a brand new home, wherever you want to live, you can live.’ He couldn’t believe it, he was speechless. So he just called me now. It’s a big weekend, he’s gonna go look at properties.”

Dwayne, 46, truly believes in giving back to parents, as they sacrifice so much for us without asking for anything in return.

“My dad’s an old-school tough guy,” he explained before continuing his story.

“I said, ‘What the hell are you nervous about?’ And he said, ‘Well,’ he was searching for words. ‘No one ever called to tell me they were gonna buy me a house before and the fact that it’s you, it’s my son, I’m so proud of you and I love you so much.”

“You know, my dad used to beat my a**. Tough love, and I hated it back then, but I’m so grateful for it now. It just felt good to kind of give back to the ones who raised you. So, love you too, Pop.”

His dad is a retired professional wrestler known as Rocky Johnson, who joined WWE in 1983.
He and Tony Atlas became the first African-American pair to bring home the title of World Tag Team Champion.

Just last Christmas, Dwayne also surprised his mom a house as a way of thanking her for raising him.

“I always say, if you got a good mama, then you gotta shot at becoming a pretty decent human being,” he said.