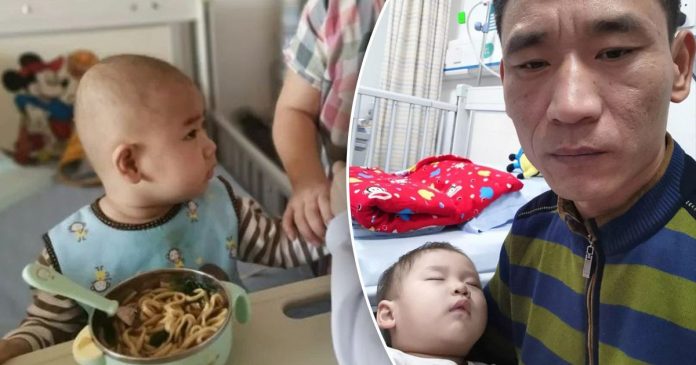 All Tang Shaolong wanted was some cash to pay for his son’s bone marrow transplant. Fate later led him to a wallet containing 20,000 yuan (US$2,979) in cash.

The wallet contained some cash along with several bank cards, business cards, and a driving license. Shaolong found the wallet near the hospital where his son was treated.

Prior to the incident, Shaolong who is a farmer brought his son, Tang Yixuan to a hospital in Jinan to receive treatment for his hemophagocytic syndrome on March 26, according to South China Morning Post.

He was later told by the doctor that Yixuan needed to undergo a bone marrow transplant.

Shaolong had all the opportunities to use the money in the wallet but the honest man decided to do the right thing—he returned the wallet to its owner.

“To be honest, seeing so much money, I felt very glad. I guessed it was God, knowing I was anxious about money to save my kid’s life and that might be of help to me,” he said.

He was tempted to use the cash but then a thought stroke him that the wallet might belong to someone who was in the same shoes as him.

“But on second thought, I guessed that since the money was found near a hospital, it must be life-saving cash for someone else.”

After returning the wallet to its owner, a vegetable farmer named Ding Yilong, he was offered a reward but he declined it.

“If it was my salary for my hard work, I would have taken it, but I just picked up other people’s belongings and returned it. I could not accept it,” Shaolong said.

Shaolong and Yilong kept in touch after the incident. Yilong later found out that Shaolong was in need of money for his son’s treatment and decided to lend a helping hand.

Yilong knew that Shaolong might decline his help again if he offered some money so he decided to offer help in another form.

Yilong then donated 200 tonnes of turnips to Shaolong to sell and raise money to pay for his son’s treatment.

“I decided to donate all these turnips to Tang Shaolong, and both of us could sell them together to raise money for the boy,” Yilong said.

Thanks to Yilong’s generous donation, Shaolong managed to raise 500,000 yuan (US$74,495) which was more than enough to pay for his son’s medical bills!

12-yo boy creates bow ties for shelter cats and dogs to...