If you are a big fan of the popular British series Downton Abbey, this is good news for you. The show just announced that Downton Abbey film is finally happening.

The series followed the lives of the aristocratic Crawley family along with their loyal and dedicated servants on the fictional Yorkshire Estate, Downton Abbey.

Set from 1912 until 1925, the British series gained massive popularity worldwide when it first debuted on ITV in 2010.

Thanks to its exciting plot and all the drama that happened down in Downton Abbey, the series ran for six seasons before it ended in 2015.

Nevertheless, it seems that there is more to watch when the series announced that Downton Abbey film will be released this September after months of speculation about it.

“Welcome back to Downton! We’re thrilled to announce that Downton Abbey is coming to the big screen. Film production begins this summer,” the producers of the series announced on Facebook.

Now that the film has wrapped up their shooting, all is left is to watch the trailer and wait for its screening!

However, if you are impatient like us, here is the plot for the film. Allen Leech, who plays Tom Branson told Vanity Fair, “It’s Julian—you’re going to have tears. He’s never too saccharine-sweet, so be prepared for everything.”

Meanwhile, Joanne Froggatt who plays Anna in the series told Daily Telegraph, “Anna is in a really good place. She and Mr Bates have a baby boy, now 18 months old. She is passionate about helping Lady Mary with the running of Downton, about keeping the legacy going.”

The film will see every character in the series involved in their latest spin-off.

Downton Abbey’s creator, Julian Fellowes said that it was a challenge to “rounding up the actors who have now gone off to the four corners of the earth, in Hollywood, on Broadway, doing plays, doing series, and so on.”

However, actress Lily James who plays Lady Rose in the series will not be in the film as her character would not fit into the plot.

While the first film is not released yet, Julian Fellowes has revealed that he hasn’t “killed off the cast” and that a follow-up is “a definite possibility”.

It is only a few months before the film is set to release later this year so why not watch this exciting trailer and see if you can guess what will happen as the plot thickens.

These adorable Bengal kittens prove why they are not the average... 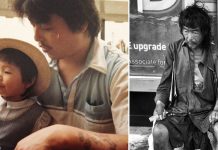 Separated since she was 5, photographer met her father while taking... 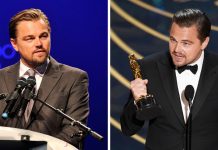 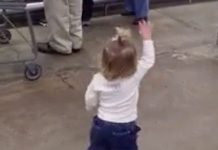 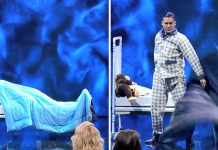 Super rich prince of Brunei followed this girl on Instagram and...