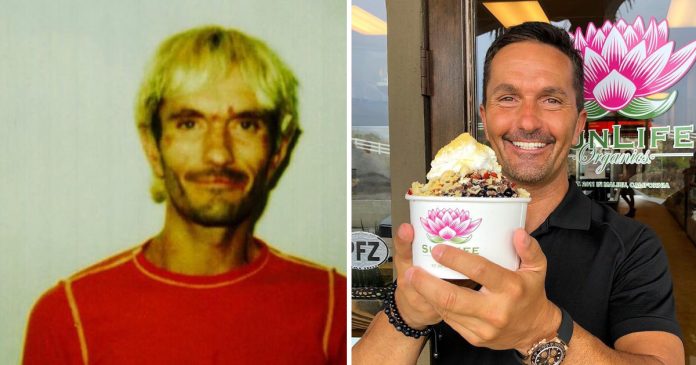 Khalil Rafati may own a multi-million dollar business but not many people know that the 46-year-old was once homeless and struggled with drug addiction.

In his book entitled “I Forgot To Die”, the self-made millionaire shares how he rebounded after being a drug addict and living in poverty 13 years ago.

According to Khalil, he weighed only 48 kilograms at the time and suffered from depression.

“For the first time in my life, I took full responsibility for everything that had happened to me. Right there, I made a pact with God that I would never feel that way again,” he told Entrepreneur.

Lucky for him, his friend who was concerned with him advised him to change for the better and live a new life by starting a juice bar business.

“A suggestion by a friend to start a business in the natural juice industry helped lift Khalil out of depression and start to believe in himself again, ” according to a report by BrightSide.

“He began to make juices for the patients and staff at the Riviera Recovery Centre. It was thanks to this institution that he was able to restore his own health.”

Five years later, Khalil managed to build a good reputation in Hollywood which further inspired him to start his own juice bar chain and named it SunLife Organics juice bars.

His juice bar proved to be a hit among his customers as his chain later expanded their beverage selections to include fruit cocktails, coffee and frozen yoghurt.

His brand is also well-known for its signature healthy juice containing alkaline water, Himalayan pink salt and dandelion greens. The chain’s best-selling product so far is “Wolverine”, a smoothie made with bananas and dates.

Apart from the chain’s healthy beverage selections, they are also popular among celebrities. Among Hollywood superstars who have been spotted in the chain are singer and songwriter Anthony Kiedes from Red Hot Chili Peppers and actor David Duchovny (X-Files).

Now, Khalil does not only inspire aspiring entrepreneurs who dream to become a successful businessman like him but also his employees whom many of them are struggling just like he once was.

And for that, he has a few words of advice to those who want to change their lives for the better through business. “Figure out your weaknesses and align yourself with someone who possesses the characteristics that you lack,” he said.

“It’s important to know your strengths, but it’s crucial to know your weaknesses and find someone who can help you overcome them.”

Exhausted dad does not mind sleeping under his son’s hospital bed...