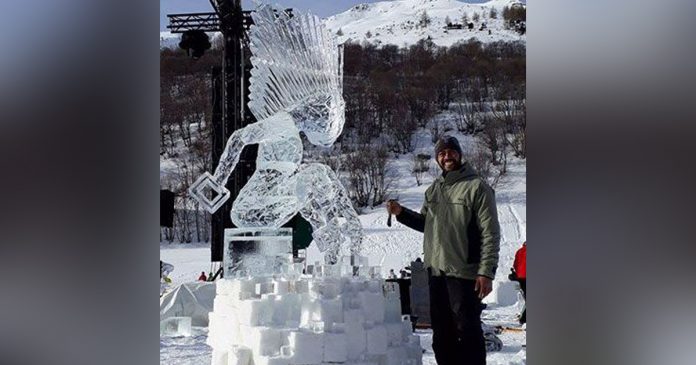 The Philippines once again made headlines as one Filipino brought another pride to the country. This man was hailed as the “King of Ice Carving.”

The stiff competition to earn the title saw Cabisidan joined by other talented sculptors around the world by countries like France, Russia, Denmark, and Mexico.

45-year-old Cabisidan was originally from Pete, Laguna but now he has been residing in France for 8 years.

The passion for ice carving began when he was younger as he carved on wood, fruits, vegetables, chocolates, and even butter.

Later on, when he migrated to France, he started learning to carve with ice.

Cabisidan earned the title of “King of Ice Carving” thanks to his magnificent carving “Sitting”, depicting a woman sitting on a block of ice.

The intricate carving saw him delicately carved a beautiful headgear with amazing details of geometric pattern all over the ice statue.

In spite of living far away from his home country, Cabisidan gave the honor of winning the title to the Philippines, making the nation proud with its another talent.