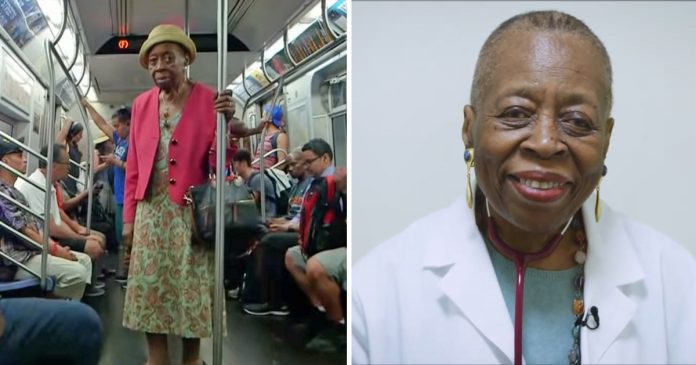 Meet Dr. Melissa Freeman, a 92-year-old doctor who has been practicing medicine for over 60 years and has no plans to retire anytime soon.

In spite of her age, Dr. Freeman is still active and full of vitality as she treats nearly 200 patients each year at her clinic in Harlem, New York.

Dr. Freeman has all the reasons she could use to retire but there has only been one thing on her mind ever since she became a doctor when she was younger — to treat her patients especially those who are addicted to opioids.

It is the positive changes that she sees in her patients after she treats them that keeps her going.

“To see them straightening their lives up, it’s a very moving thing,” Dr. Freeman continued.

“As long as God gives you life and gives me strength, I’ll have to keep doing it, and he has been very, very merciful for me.”

During the interview with Amsterdam News, Dr. Freeman also opened up about the challenges she had to face when she decided to become a doctor.

“I knew I wasn’t going to be a musician. I took physiology in college and I liked science,” she continued. “But how was I gonna afford an education in medicine? My father had just died, there were no funds so I didn’t know what to do.”

Nevertheless, she knew that giving up was not one of the options. “My father really emphasized the importance of an education,” said Dr. Freeman.

“They all had this knowledge that their children needed to be educated. He didn’t talk much about it, but all of the children knew.”

In order to pay for her college fees, Dr. Freeman balanced a couple of jobs with her night classes.

She eventually graduated from Howard University’s College of Medicine in 1955.

From then on, she never looked back and went on to practicing medicine for more than six decades.

When asked about retirement, Dr. Freeman said that she did not have any plans to retire soon. “Not that I can see in the near future, no,” she said.

Man shares heartwarming encounter when he realised that the employee at...