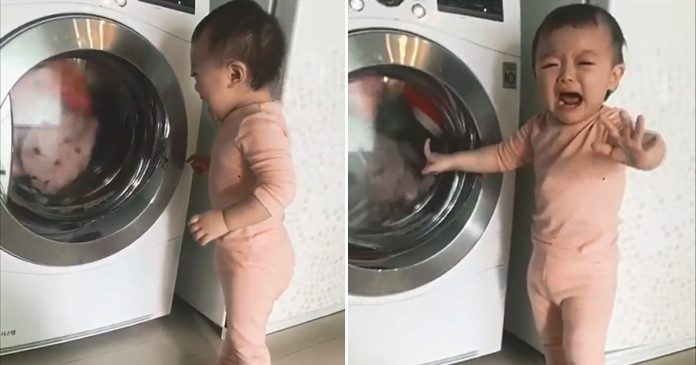 Some of us might have that one particular blanket, pillow or soft toy that we would never let go of when we were a child.

The smell, the softness and the familiarity of the precious thing as it lingered in our hands made us keep it next to us the whole time.

Apparently, this toddler has one too and imagine her feelings when he wakes up one day to find that his favorite blanket is gone!

Last September, a mother from South Korea shared a hilarious video of her toddler son breaking down in tears after he found out that she washed his precious blanket.

In the funny video that has gone to circulate on social media shows the boy pointing at the blanket which is spinning in the washing machine.

The mother who was amused by his son’s reaction later took a video of the boy crying out loud in front of the washing machine and later shared it on Instagram. It has been viewed more than 39,182 times so far.

Some of the users commented that they felt the same pain as the blanket must not feel and smell the same as it used to after being washed.

It is heartbreaking to see the boy crying out loud for his favorite blanket but we know that it is for the best.