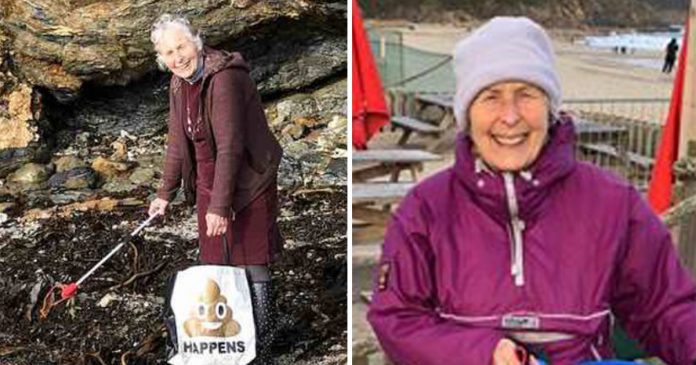 When Pat Smith saw a documentary about plastic pollution, she knew she had to do something.

The 70-year-old grandmother from Cornwall, United Kingdom learned how much the beaches were polluted with plastics that she was determined to make a huge contribution to make a difference.

So, Smith set a challenge for herself in 2018 where she would clean up one beach every week.

Thankfully, her initiative received a positive response from the people of Cornwall as many volunteers came to help her and her grandchildren clean up all 52 beaches of Cornwall in 2018.

However, her mission to save the Mother Earth did not stop there.

She later launched a campaign called “The Final Straw”, a mission to raise the awareness of the harmful effects of using plastic straws.

Through the campaign, Smith hoped that her hometown Cornwall and the rest of the world would get inspired to no longer rely on plastic straws in the future.

Drinking by using straws is a clear example of unnecessary single use of plastic in huge quantities.

When the straws get discarded, they often end up in landfills and even worse, the ocean where it could further threaten the aquatic life.

Plus, plastic straws are not really biodegradable as they often take almost 1,000 years to decompose!

As the plastics are decomposing in the soil or water, they slowly release fragments and toxins that further pollute our environment.

It might be quite challenging to follow in Smith’s footsteps to clean up a beach every week but we can certainly help make a difference by not using plastics and not litter when in public.

So, why not start to challenge yourself from today by saying no to using plastic straws!