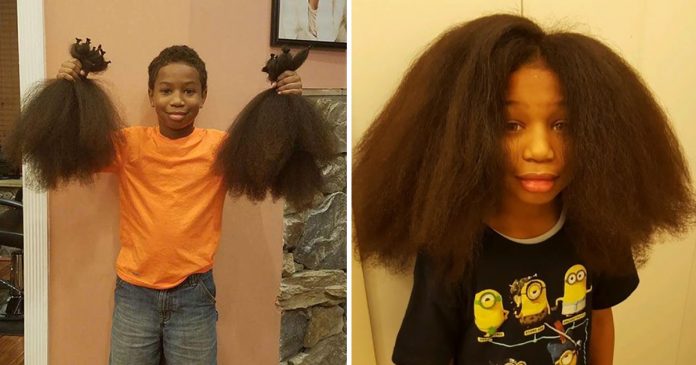 Not many people can say that they have spent years to help for a cause but for this inspiring 8-year-old boy from Maryland, it is exactly what he did a few years ago.

The young boy certainly could not imagine if he ever had to lose hair so when he learned that some children lost their hair out of their control, he knew he wanted to help the children in the best way he could.

It all began when Thomas Moore from Washington, Maryland saw his mother, Angie Pulos, watching a video on Facebook about a girl who lost her hair due to cancer in 2014. 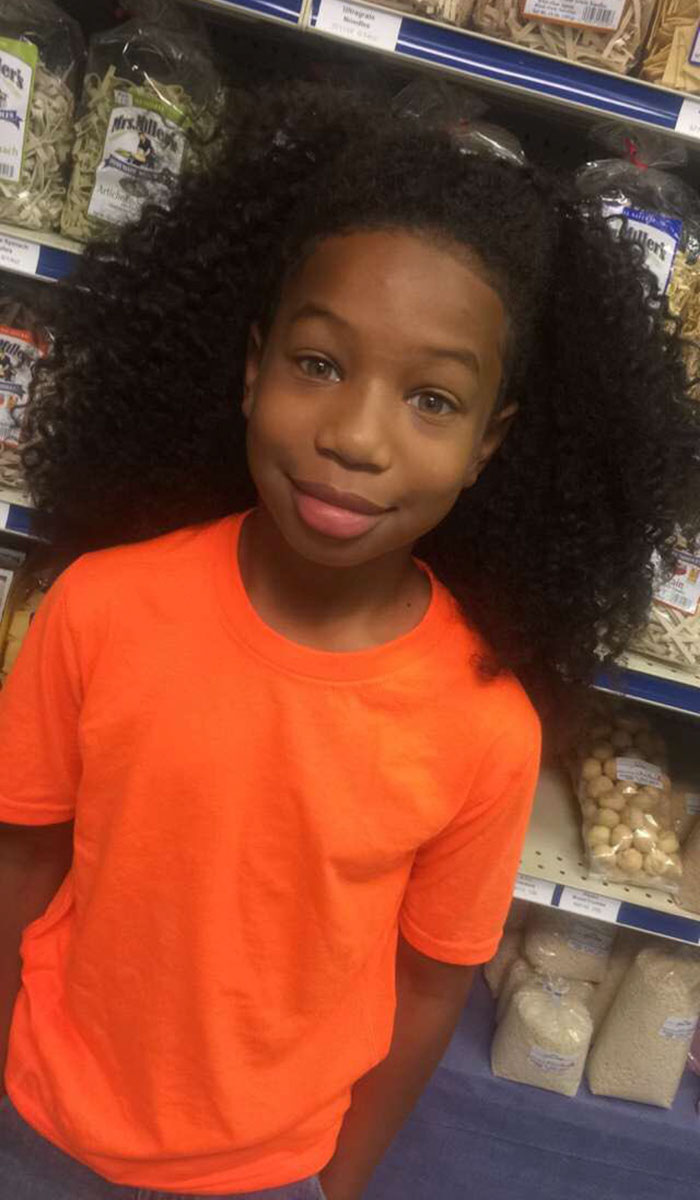 Since then, the boy was determined to grow them for children who lost their hair to chemotherapy. 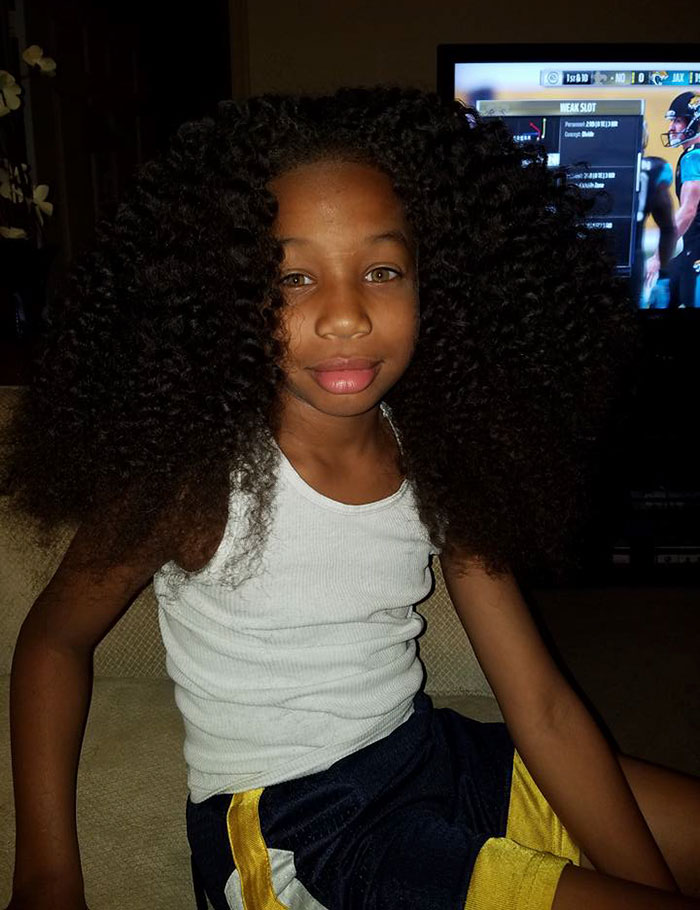 For the next two years, Thomas never cut his hair and as a result, he had more than enough hair to make three wigs!

However, his journey of growing his hair out was far from easy.

It started off fine when his hair was short but as it grew longer, the boy needed to get cornrows. 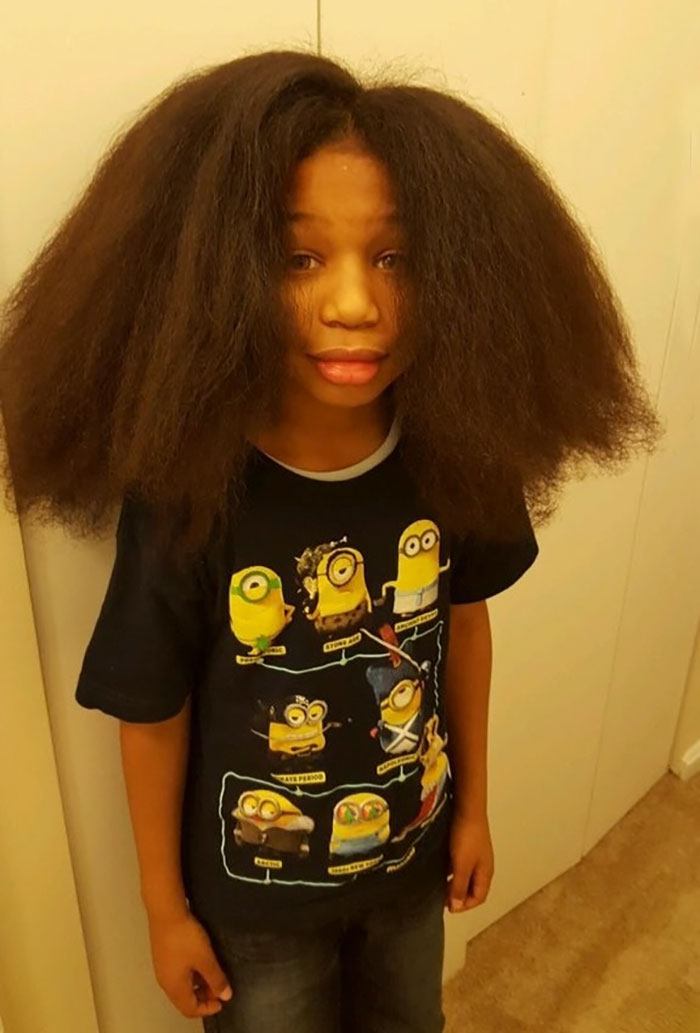 “It started off just fine when his hair was shorter,” his aunt, Amber Ray told Buzzfeed. “But as the afro grew, they had to cornrow it to keep it nice and tame.”

Thomas was not a fan of cornrows but as it hurt his scalp to do so but as the boy was determined to keep his pledge, he endured it. 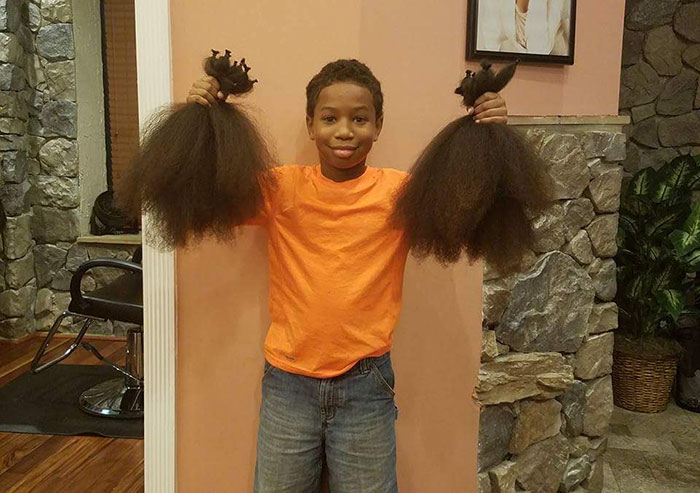 Just look at how long his hair grew out during the two years! 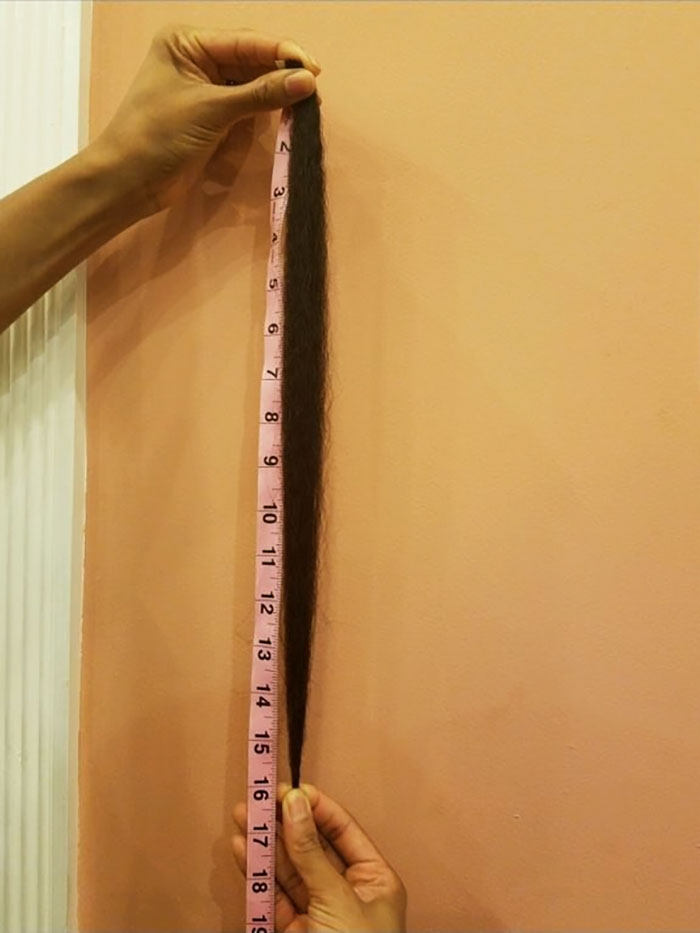 To commemorate the inspiring moment, Amber took his before-and-after photos which she later shared on Twitter.

The post quickly went viral on the social media platform as it has been shared more than 57,000 times and received over 110,000 likes.

my nephew grew his hair out for two years to donate to kids with cancer ? pic.twitter.com/YuamNNcMEI

When asked if he wants to grow his hair out again in the future, Thomas said that he would definitely like to do it again but said that he wanted “a year off” to enjoy his new hairstyle. 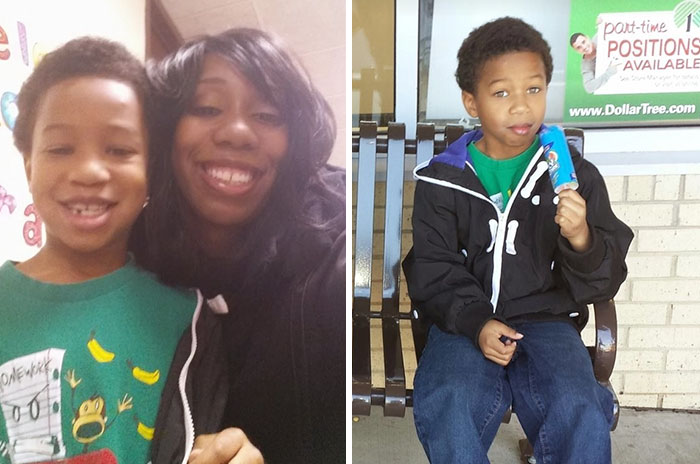 “I want to spend the rest of fifth grade with this hairstyle,” Thomas said. “Yeah, I just want a year off.”