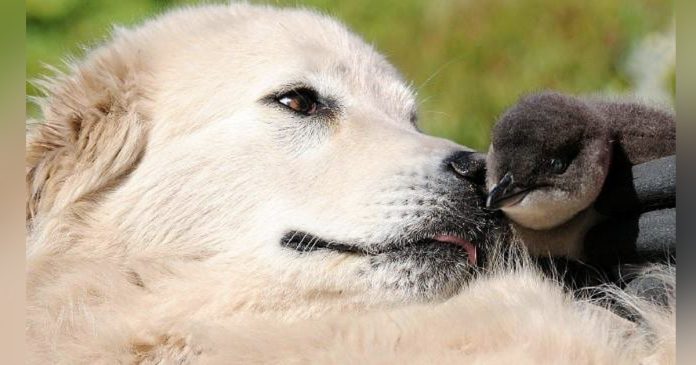 The penguin population in Middle Island, Australia has been declining over the years due to fox attacks and burrow-trampling. Luckily, there is a new furry guard who will keep the penguins safe.

Meet Mezzo, a maremma who came from a breed of Italian sheepdog that has been guarding the penguins in Middle Island in south-west Victoria since 2005.

Before Mezzo and its partner dogs were introduced to the island, the penguins struggled to survive as their population declined to fewer than 10 as a result of fox attacks and burrow-trampling.

However, in the spring of 2017, a major fox attack killed nearly 140 penguins on the island as the penguins came in earlier than they expected.

“Most of penguins arrive in October, but in 2017 they came in August when there were really rough conditions,” Middle Island coordinator Trish Corbett said.

That was when they decided that it was time for Mezzo to guard the penguins. Here is young Mezzo when he weighed almost 50 kilograms in 2017.

Mezzo came in the summer on the island later on and changes quickly took place.

There was an incredible turnaround in the penguin population that year. Now, the penguins are no longer threatened by foxes.

“We have at least 50 breeding penguins at the moment so we’re looking up from what we had last year,” Corbett said.

“We’re really hoping that by the end of January we’re going to have about 100 penguins in our colony.”

Maremma-breed dogs were being made famous in 2015 when a movie was made based on a real-life dog named Oddball. Similar to Mezzo, Oddball has guarded the penguins from foxes from the very same island before it passed on.