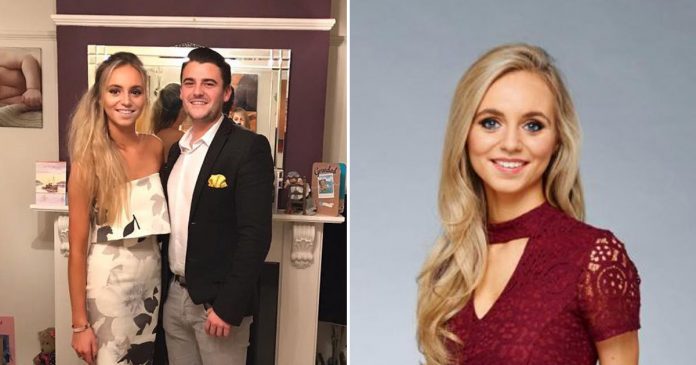 One young couple shows how they are destined to be together despite going through an ordeal after seeing the girlfriend lost her memory due to major seizure attacks.

Back in 2010, Jessica Sharman was diagnosed with frontal lobe epilepsy and recently, the 19-year-old woman suffered from major seizure attacks.

The seizure attacks happened when Sharman was commuting to her office with her boyfriend, Richard Bishop.

Following the attacks, her memory was wiped clean and she could not remember anyone including her parents and her boyfriend.

“I didn’t know what was going on—momentary amnesia was normal for me after seizures. But an hour or so later I saw this woman running towards me I had no idea who she was,” she said.

“It was my mum (Lisa)—and I just stared at her blankly.”

Her mother had to convince her that they were related by showing Jessica photos of them on her mobile phone.

“I had no idea what I looked like so I had to examine my reflection to check the person in the photos matched before agreeing to get in the car,” Jessica added.

“Sensing my fear, mum put a reassuring hand on my knee, I shrugged her off. The gesture felt too intimate from a stranger.”

However, it was much harder for her boyfriend, Richard, to convince her that they were a couple.

“They left me alone with him and I hated it. He was a stranger to me. He was devastated and adamant we could get back what we had,” she added.

“Seeing how passionate he was convinced me that he must care for me, so I agreed to date him, but made no promises.”

Jessica is still yet to recover anything before the seizures as the doctors said that it could take at least six months for her memory to return. Even though she has passed the ‘six-month phase’, there is no significant progress.

However, there is a high chance that the seizures attack will happen again and further damaging her memory.

In spite of this, Jessica believes that it is best for her to stay positive and not dwell on her illness.

“I have recovered a life for myself with the help of my family and, of course, Rich.”

Refusing to give up, Rich often took Jessica for strolls in the park, went to some of their favorite restaurants to rekindle the reasons that had made them love those places from before.

“I feel so lucky that he knew me well enough to stand by me even when I thought of him as a stranger. He practically lives at my house now and our relationship is going from strength to strength.”

“Having gotten through the last year, I know I can deal with whatever happens in future. For now, I want to focus on creating new memories.”